There was a time when baseball, football and basketball were top sports with kids. But today's teens were raised on MTV and the Internet, and they don't always have the patience to sit through four quarters or nine innings. They want action. They want speed. They want extreme sports.

By the early 1990s, some Gen X and Y'ers had started tuning out of traditional sporting events and turning their attention to the skate parks and ski slopes instead, where mavericks like Tony Hawk and Shaun Palmer were taking sports to the edge. At the sports cable network ESPN, a programming executive named Ron Semiao took notice of this shift. In 1993, he envisioned a new televised sporting event -- a sort of Olympics on speed. It would feature extreme sports like inline skating, street luge and skateboarding. Athletes would jump, flip and spin, trying to outdo each other with faster and more outrageous tricks.

On June 24, 1995, the first Extreme Games (the name was changed to the X Games the following year) got into action in front of nearly 200,000 spectators in Middletown, R.I. The four-day festival featured 27 events in nine categories, including bungee jumping, eco-challenge, mountain biking and sky surfing. At first, not everyone took the idea seriously. One USA Today columnist wrote, "If you strap your best friend to the hood of a '72 Ford Falcon, drive it over a cliff, juggle three babies and a chain saw on the way down and land safely while performing a handstand, they'll tape it, show it and call it a new sport" [source: Pickert].

It was Semiao who had the last laugh, though. The X Games moved swiftly into the mainstream, generating interest from multimillion-dollar sponsors like Mountain Dew, Saturn and Taco Bell. The extreme sporting event became so popular that ESPN launched the Winter X Games in 1997, adding sports like snowboarding and snowmobiling. By 2002, the X Games had attracted a television audience of almost 63 million people [source: ESPN].

If you tune into the Winter X Games, you'll catch events like these:

At the Summer X Games, fans see events like these:

X Games events may be unorthodox, but the prizes are just like those at the Olympics. For the winner, the top reward is a gold medal, followed by silver and bronze. There's also a much coveted cash prize. In past X Games, the prize money wasn't much to brag about. In fact, many extreme athletes complained that they were underpaid compared to athletes in more traditional sports. At the 2001 Summer X Games in Philadelphia, skateboarders went so far as to threaten a boycott. But in recent years, ESPN has grown deeper pockets. In 2008, the X Games doled out $3 million in prize money for the first time [source: Snowboard Magazine].

Winners can earn $50,000 for taking top prize in an event, but the money drops the lower a competitor places (10th place only pays $1,000 -- barely enough to cover the athletes' travel expenses) [source: Longman and Higgins].

The X Games vs. the Olympics

For nearly a century, the Olympics were the ultimate sports competition. Winning gold at the Winter or Summer Games was about the highest honor athletes could hope to achieve. Today the Olympics are struggling to keep up with the much cooler X Games among the lucrative 18- to 34-year-old demographic. In an effort to woo a new generation of viewers, the Olympics challenged its own tradition by adding several extreme sports to its schedule. In 1992, it added freestyle skiing moguls. Six years later, snowboarding made its debut. As a result, ratings jumped by nearly 25 percent among Generation X and Y viewers [source: Harasta]

Extreme Athletes in the X Games

Just who are the athletes who make the X Games' crowds gasp? Here are a few of the competitors who have established themselves as extreme sports legends over the years:

Shaun Palmer: This Kirkwood, Calif., native once said "I am the king!" [source: Snowboarder Magazine]. When it comes to snowboarding, he's right. By 2008, he had already competed in 10 X Games, and at 38, he was still dominating on the slopes. Palmer is tied for the most number of gold medals in Winter X Games history.

Shaun White: The carrot-topped athlete is a leader in not one, but two extreme sports -- skateboarding and snowboarding. In 2003, he became the first person ever to compete in both the Summer and Winter X Games in two different sports. In his 2008 gold medal run, he completed the first 1,260-degree (three-and-a-half rotation) spin in X Game history.

Andy Macdonald: Better known as "Andy Mac," this skateboarding legend has been competing in the X Games since it began, and he's earned more medals -- 17 (six of them gold) -- than anyone else in the games. Macdonald also has the distinction of being the only person ever to have skated inside the White House [source: Andy Macdonald.com].

Terje Haakonsen: He's considered by some to be the greatest snowboarder in the history of the sport. Even though he doesn't compete much anymore, Haakonsen is still a legend.

Mike Metzger: Called the "Godfather" of freestyle motocross for the many innovations he introduced to the sport, Mike Metzger is probably best known for becoming the first rider to perform two backflips on a full-sized bike.

Tony Hawk: Even people who know nothing about skateboarding have heard of Tony Hawk. His name and face have graced everything from video games to an ESPN event (Tony Hawk's Gigantic Skatepark Tour). In 1999, he nailed the first ever 900 (two-and-a-half spins in midair) at the Summer X Games in San Francisco.

Fabiola Da Silva: Competing in an event dominated by men isn't easy, but Brazilian Fabiola Da Silva can hold her own among the boys. She's won eight inline skating medals (seven of them gold) at the X Games, and she was the first woman to execute a backflip in competition.

To learn more about the X Games and sports, look over the links on the next page. 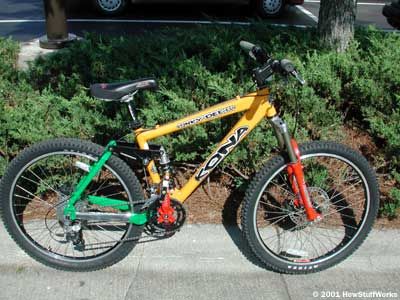 Up Next
How Mountain Bikes Work
Explore More 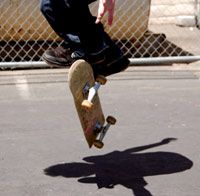 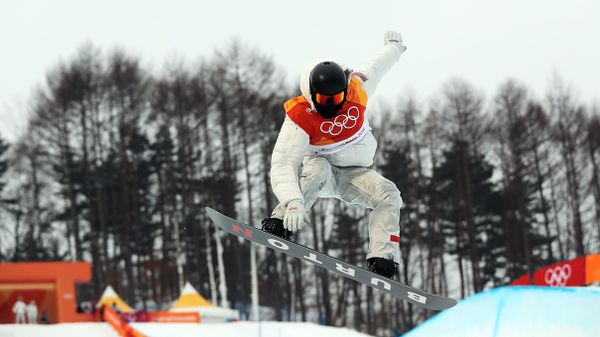