Will traveling make you happy?

Browse the article Will traveling make you happy? 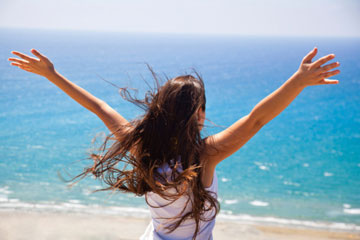 Will traveling to a setting like this make you happy? How could it not? See pictures of paradise.
iStockphoto.com/Thinkstock

"The world is a book, and those who do not travel read only one page," said St. Augustine. Quotes like this one have long persuaded people to seek out the story they haven't yet lived in places they haven't yet seen. Many of us have stayed up late scouring the Internet for the perfect flight to the perfect resort to cheer us up and perhaps even change our lives. But does travel really serve up all the joy we crave? And are people who travel really happier than those who don't?

According to one study published by the International Society for Quality-of-life Studies, the answers to those two questions are "yes" and "yes." The study results suggest that a relaxing vacation not only has the power to serve up delight while it's underway, but, thanks to eager anticipation, it can also boost vacationers' happiness levels weeks and even months prior to its fruition [source: Nawijn].

From the looks of this study, it seems our question has already been answered. But there's one kink in the research. This particular study controlled for extroversion, meaning that all the participants in the study had been tested as extroverts rather than introverts.

Does personality affect how much happiness you derive from vacation? We'll investigate that on the next page.

Happiness, Vacations and You

You could argue that whether or not a vacation makes you happy has more to do with you than with vacation. On the whole, studies have shown a link between extroversion and happiness. So, when it comes to extracting joy from vacations and pre-vacation anticipation, it seems extroverts would have a leg up on introverts.

But other personality traits also may predict how much a person winds up enjoying a holiday. For example, one study showed that "optimism" and "hopefulness" correlated strongly with a person's perceived ability to derive pleasure through anticipating a future vacation. Not surprisingly, a person who looks forward to his or her trip with a "can't wait" mentality derives more happiness from anticipation of the vacation than a neurotic person who fears the vacation won't go well. A hopeful, optimistic attitude was also a good predictor that the person would enjoy the vacation while he or she was actually on it [source: Bryant]. So, if you think getting too excited about your trip beforehand guarantees you'll be let down while you're on it, think again.

On the other hand, the study showed that participants who had higher "reminiscing" scores -- meaning they perceived themselves to be very good at deriving joy from recalling happy memories -- were more frustrated and disappointed with their vacations while they were on them. Perhaps thinking about old times while on vacation makes present times seem less than perfect [source: Bryant].

Since eager anticipation of a trip is so much a part of what makes people happy about vacations, it pays (in happiness levels) to be able to think positively, rather than neurotically, about something that hasn't yet happened. In fact, one study showed that participants' overall well-being improved when they simply took time to imagine future events in a positive rather than negative light once each day [source: Berkeley].

What better thing to imagine in a positive light than your trip to Aruba? And speaking of Aruba, what else can you do, besides practicing positive thinking, to make sure it's a happy trip?

Spending Money on Vacation Will Make You Happy

Research has shown that spending money on experiences (a cycling trip in the French countryside) will make you happier than spending money on things (a new couch) [source: Rosenbloom]. For example, if you sign up for a cycling trip in France, you'll also likely purchase a bike for training during the weeks leading up to the trip. You may even cycle with your spouse, your kids or your friends. So, by planning one vacation experience and buying the required gear, you've actually invested in many more experiences that are potentially good for your emotional and physical health.

Is there a formula for a happy vacation?

Even if your personality is perfectly suited to derive enjoyment from vacation, you won't enjoy one that's gone terribly awry. Jet lag from a long flight, getting sick from eating local food and even spending your vacation days waiting in lines at theme parks could knock your vacation out of the "relaxing" category deemed joy-producing [source: Nawijn].

One study showed that a person's ability to gain "life satisfaction" from traveling banked on whether he or she didn't experience certain things, like feeling tired, getting sick, gaining weight or worrying about catching a disease. Concerns about running out of money on the trip and returning from the trip broke, and spending money on frivolous things also made that list [source: Virginia Tech]. Basically, as long as the trip didn't trigger those types of negative thoughts, it was considered relaxing enough to provide satisfaction.

You might think taking a longer trip will mean more happiness for you, but research shows that length of vacation doesn't affect happiness levels at all [source: Nawijn]. And since vacation anticipation is so important, a spontaneous, last-minute trip can't be the best option for accruing happiness points.

But what about those vacations that aren't intended to be relaxing? A mission trip to a poverty-stricken area in Africa or a backpacking wilderness challenge in the Sierra Nevada surely can't be as relaxing as a week lying on the beach doing nothing. Can such trips also provide happiness?

Mission trips and wilderness challenges fall into the category of the transformative trip -- a trip that is designed to be a life-changing experience for the vacationer. On such a trip, the traveler is thrust into completely unfamiliar territory and faced with unfamiliar challenges. In this territory, away from the pressures and influences of everyday life, the traveler is likely to come up with solutions that would have seemed futile in his or her home environment. Such trips can help travelers break unhealthy patterns and experiment with new ones [source: Ross].

Therefore, there's great potential to solve problems at home by vacationing someplace else [source: Lehrer]. Some researchers even believe travel could be prescribed as treatment for the clinically depressed [source: Science Alert].

Whatever your reasons for traveling, in most cases, happiness levels drop off pretty quickly post-vacation. So, what's a traveler to do about that sad fact? Plan another trip. A few short trips a year, with plenty of eager anticipation time in between, may just increase one's happiness levels over the long haul.

For more travel articles, check out the links on the next page.