by Jason Mathis
NEXT PAGE 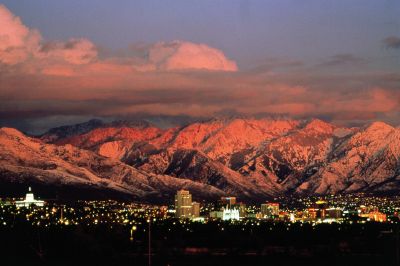 Salt Lake is a city of contrasts: from the 11,000-foot alpine peaks that tower over the skyline to the smooth saline water that makes up the city's namesake inland sea; from the spirit of communal sacrifice that first brought Mormon Pioneers to this austere valley in 1847 to opulent new hotels, posh restaurants, and indulgent spas that opened in preparation for the Olympics; from the soaring vocals of the Mormon Tabernacle Choir to a trendy nightclub's pulsing techno vibe; from suburban shopping malls to intimate boutiques; from being part of an ultra-conservative political group to supporting a liberal mayor.

No matter how you look at it, Salt Lake City defies most stereotypes, and any story about Utah's capitol is ultimately a tale of two cities.

The Best of Salt Lake City

The Best of Salt Lake City

There's a striking beauty about much of the western United States, and Salt Lake City's wild environs are no exception. No other major U.S. city boasts mountains so close to a metropolitan center, with striking alpine views at the end of every street and soaring peaks serving as a backdrop to the city skyline.

Indeed, many travelers use Salt Lake as a jumping-off point for outdoor-inspired adventures. In the winter, snow-sport enthusiasts flock to close-by ski slopes to indulge in what many refer to as "the world's greatest snow." Famous resorts including Alta, Deer Valley, Snowbird, and Sundance are within a 45-minute drive of the city center.

Salt Lake's religious roots are also a draw. Historic Temple Square, Mormondom's symbolic heart and headquarters of the Church of Jesus Christ of Latter-day Saints, attracts millions of visitors annually to free concerts from the famed Mormon Tabernacle Choir. (Adherents of the Church are commonly referred to as Mormons.)