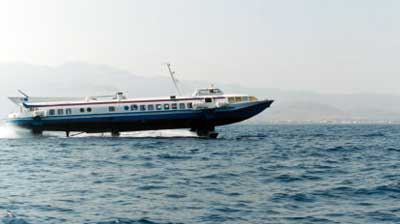 Modern sailboat design has evolved overall to create a wider, yet sleeker, structure. While the width increases stability, other basic components have been refined to improve sailing efficiency.

Keels are often longer and leaner, allowing for a closer, quicker tack. Their larger surface area displaces more water for a tighter tack. The hydrodynamic, slender design cuts through the water with less drag. Likewise, designers have honed the hull to reduce pull in the water. New materials such as fiberglass have replaced wood, reducing weight and increasing speed capability. To improve efficiency, sailcloth is made of synthetic materials instead of cotton to better retain form against the wind and use that natural energy. Sail shape also has been continually fine-tuned to harness wind.

Due to such innovations, some sailboats, as previously noted, can actually exceed the speed of the wind. Hydrofoils, which elevate the hull above the water, drastically reduce friction between the boat and the water to maximize speed. In short, hydrofoils act like airplane wings on the bottom of boats [source: Getchall]. They have four appendages that resemble water skis with a rounded top attached to each corner of the boat. When stationary, the hydrofoils remain underwater. But as the boat speeds up, they create lift that eventually raises the hull completely above water, leaving only the lighter aerodynamic foils in the water. The same lift principles discussed earlier with the wind and the sails apply as the water rushes over the curved hydrofoils to create the same effect.

In addition, specialized iceboats that sail on top of ice can travel up to three times faster than the speed of the wind. A Blade Runner iceboat, for instance, can move as fast as 75 mph [source: Blade Runner Ice Boat Company]. Like a boat on ice skates with a simple hull and sails, iceboats have very little drag as they glide across frozen bodies of water. Not surprisingly, they're especially popular in colder climates such as New England, Canada and Russia.

As the evolution continues as it has for centuries, sailboats will undoubtedly hold their integral place in human life, whether for utilitarian purposes or pure windblown pleasure.