by Tom Scheve
NEXT PAGE 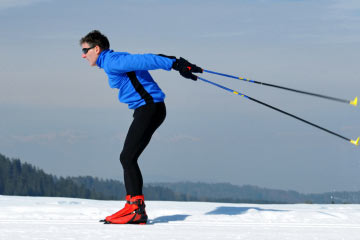 Alpine skiing not for you? Try one of the Nordic varieties instead. See more pictures of winter sports.
©iStockphoto.com/technotr

When most people think of snow skiing, typically alpine, or downhill, skiing come to mind. However, there are different forms of skiing, and the oldest -- and best, if you ask its practitioners -- is cross-country skiing.

In alpine skiing, a skier generally takes a chairlift to the top of a steep run and skis down it -- both the toe and heel of the ski boot are bound to the ski. But in cross-country skiing, the heel of the boot isn't attached to the ski, allowing the skier to raise his or her heel with each step to approximate a normal walking motion. This enables skiers to travel across a variety of terrains without downward momentum, meaning they can move uphill as well.

Cross-country skiing, which is also known as ski touring, XC skiing or Nordic skiing, has been around for a long time. In fact, Norway is home to a 4,000-year-old rock carving that clearly shows a man standing on very long skis, the fronts of which are curved upward. About 1,000 years ago, cross-country skiing made a shift from a necessary mode of transport to a sport, and eventually it spread to other parts of the world as an enjoyable way to spend a snow-filled day. However, people who live in arctic conditions still use cross-country skis as a means of transportation.

If you have a Nordic trainer at home, you're probably aware of how good an aerobic workout cross-country skiing provides. A casual observer may simply note the coordinated use of the arms and legs, but nearly every other part of the body is getting worked as well, including the abs, buttocks, back and hip flexors.

Cross-country skiing usually takes place in the wilderness or on a well-worn track. In fact, part of the sport's appeal lies in its ability to let skiers commune with nature and escape into a meditative state -- instead of facing hoards of skiers at an over-crowded resort.

But as easy as it looks, there are many factors at play when it comes to moving oneself across a snowy terrain, and we'll examine some of them in the next section. 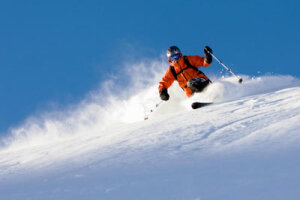 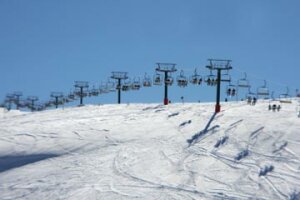 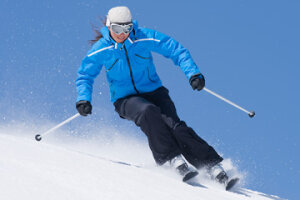