by Jonathan Strickland
NEXT PAGE 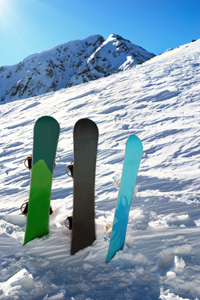 Snowboards come in different styles and lengths - which one is right for you? See pictures of winter sports.
© iStockphoto.com/lite_2046

Back in the 1960s and '70s, adrenaline junkies like Tom Sims, Sherman Poppen and Dimitrije Milovich began to design equipment that seemed to be the offspring of a surfboard and a pair of skis. Each created his own design independently of the others. Their work eventually evolved into the sport we call snowboarding.

The earliest snowboards were homemade and relatively crude. But by the late 1970s, some enterprising individuals began to produce snowboards on a larger scale. Today, sporting goods stores and snowboard shops carry dozens of boards varying in shape and size.

How do you know which board is right for you? The answer depends mainly on your skill level and style of snowboarding. Most snowboards fall into one of three major categories: freestyle, freeride or alpine.

Freeride boards are a good choice for snowboarders who like to tackle the mountain. You can still use them in parks and on the halfpipe but they really come in handy if you want to carve your way down the mountainside. Unlike freestyle boards, the freeride style is directional -- you're meant to travel in a forward direction most of the time. If you like powder surfaces, you may want a wider board.

Alpine boards are the dragsters in the snowboard world. They're longer, narrower and less flexible than freestyle and freeride models. These boards are good if you plan to participate in races. They aren't built for tricks or jumps but you'll get to the bottom much faster than your friends -- assuming you stay on your feet. 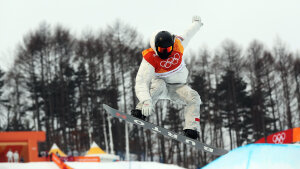