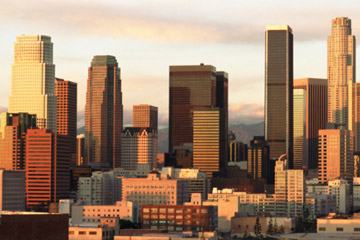 Image Gallery: City Skylines It's not the biggest marathon in the United States but it's growing. See more pictures of city skylines.
John Foxx/ Stockbyte/Thinkstock

Los Angeles is the second most populous city in the United States, but its marathon is not among the World Marathon Majors, a set of five races (Boston, London, Berlin, Chicago and New York) that attract the top international talent [source: World Marathon Majors]. In 2009 it ranked as the seventh-largest marathon in the U.S. with slightly more than 14,000 finishers [source: Running USA]. Its course and race management has changed numerous times since the race was first run in 1986, and organizers have struggled to find the perfect route that would produce marathon times fast enough to make the race a premiere event [source: Hodges].

The Los Angeles Marathon (LA Marathon) was created on the heels of the 1984 Los Angeles Summer Olympics. Cities such as Chicago and New York already had marathons that were growing in popularity. Los Angeles officials sought to harness the momentum from the financially successful Olympic Games and create an enduring event. But while the 1986 LA Marathon set a record for the biggest inaugural marathon in the United States (10, 787 registered for the race), difficulties were on the horizon [source: LA Marathon]. Race organizers struggled for years to create the perfect race route that was both scenic and fast. They even made a well-publicized misstep while choosing a race date which would be acceptable to runners as well as local churches which were affected by traffic and street closures on the Sunday race day[source: Los Angeles Times].

But by 2008, the LA Marathon began to hit its stride. Frank McCourt, the owner of the Los Angeles Dodgers, took over the event, and organizers unveiled a new course design about a year later. The combination of an appealing route and increased marketing efforts proved successful. The 25th anniversary installment of the LA marathon in 2009 attracted a record 26,054 registrants, and 22,361 of those runners finished the event. Wesley Korir won a tight race with fellow Kenyan Richard Limo in an impressive 2:09:19 while Edna Kiplagat, also of Kenya, took the women's crown [source: LA Marathon, PSFK, Active].

How can you take part in this growing race? Jog over to the next page and we'll fill you in. 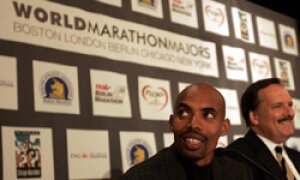 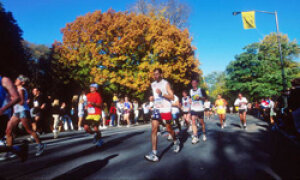 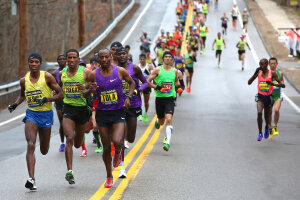