by Patrick E. George
NEXT PAGE 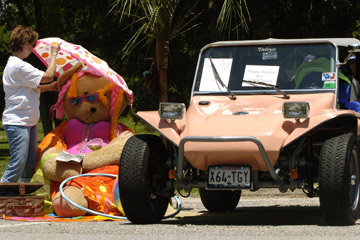 Imagine blasting over a California sand dune, an engine roaring behind you. You're exposed to the elements, the salty Pacific Ocean wind blowing through your hair. You downshift and climb a hill, and briefly, the vehicle goes airborne before you bounce in your seat as it hits the ground.

Does this sound like fun? If you think so, consider investing in a dune buggy. For decades now, thrill seekers have been transforming ordinary Volkswagen Beetles (the original, rear-engine model) into extreme off-roading monsters capable of taking on any terrain. Today, they're not just limited to old Beetles, but come as custom-built kits or are made from other types of donor cars.

Dune buggying has been around since at least the 1950s, when beach-goers would strip cars down to their frames and put on larger, off-road driving tires for extra traction [source: Dune Buggy Archives]. Soon, intrepid builders were converting Beetles and other small cars into buggies, and companies began selling custom kits of their own -- some consisting of aluminum or fiberglass frames, an engine and little else.

And, like all automobiles, drivers quickly found ways to race them competitively, sometimes legally and sometimes not. Dune buggies reached their peak of popularity in the late 1960s, but they remain popular in coastal areas across the United States, including the Gulf of Mexico.

But in addition to providing fun for beach off-roading enthusiasts, dune buggies have a practical purpose as well. They allow for exploration of areas with otherwise impassible terrain when something like an ordinary 4x4 vehicle just won't cut it. A variation on the dune buggy, built for watery exploration, is known as a swamp buggy -- and these vehicles have been called a vital tool for living in the Florida everglades.

In this article, we'll take a look at what makes both dune buggies and swamp buggies tick -- and what it takes to build them, if you have the time and know-how. 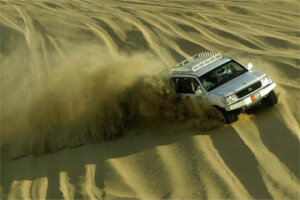 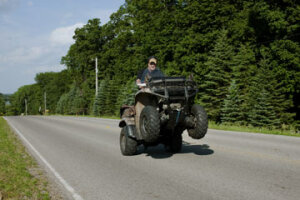