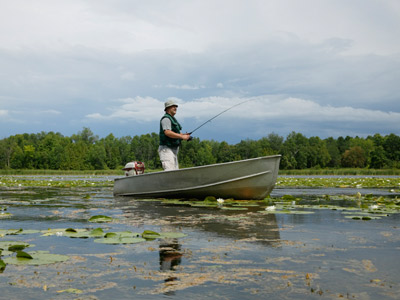 You've got your ro­ds and reels, your tackle box and bait. A six-pac­k is chilling in the cooler and the boat engine is running. The only question is -- where are the fish biting?

You can find the best places to fish ahead of time by consulting one of the many fishing reports available online and in your local newspaper. Fishing reports can give you a heads-up about your prospects of making a catch well before you get out on the river, lake or ocean.

Fishing reports are compiled by charter fishing boat captains, recreational fishermen and experts at state departments of natural resources. Charter boat captains and commercial fishermen create their own eyewitness reports based on their experiences on the water. "It's just what I'm seeing," says Captain Chuck Graham of Angler Sport Fishing Charters. "What happens on the boat from the time we leave the dock to the time we get back." Many charter boat captains like Graham use the fishing reports as a kind of advertising tool to promote their businesses.

Fishing-report writers who work for state departments of natural resources sometimes use their own fishing experiences, but when they can't get out and fish, they have to rely on secondhand accounts. "I'll call marinas where charter boats and private boats come in," explains Keith Lockwood, a fisheries biologist at the Maryland Department of Natural Resources, Fisheries Service. "They have weigh stations and tackle shops, and I'll talk to those people. I'll also talk to owners of commercial fishing piers." Local biologists are also good sources of information, because they regularly collect data on water temperatures, weather con­ditions and fish species.

A variety of information goes into a fishing report, and the reports can vary based on who writes them. Reports are typically broken down by geographic area (for example, the Chesapeake Bay region) and body of water (bay, lake, pond or river).

­Some fishing report writers attach pictures, such as satellite images of the area or photos of fish they've caught. Fishing reports may even include a history of the region, the science behind the water conditions, unique types of fish that have been caught in the area or tips on fishing etiquette.­

Special thanks to Captain Chuck Graham, with Angler Sport Fishing Charters; Keith Lockwood, fisheries biologist at the Maryland Department of Natural Resources, Fisheries Service; and Mark Beauchesne, advertising and promotions coordinator for the New Hampshire Fish and Game Department, for their assistance with this article. 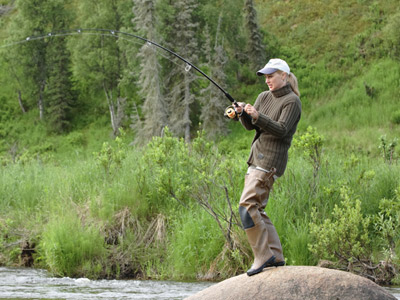 To learn more about fish and fishing, look over the report of links on the next page.

What are greenhorns on a crab vessel -- and why are they called that?
How is a crab boat like a floating city?
Dogtooth Tuna