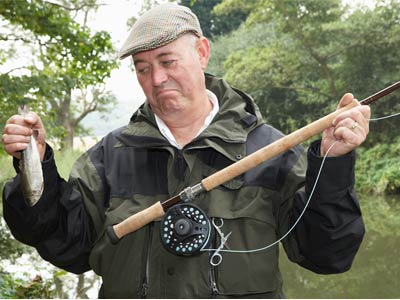 Fishing Image Gallery Not happy with the catch in local waters? It might be time for a fish stocking. See more pictures of fishing.
Simon Battensby/Photographer's Choice/Getty Images

When we go to the ­grocery store, we expect certain things to be there. If we have a midnight craving for popcorn and ice cream, then we want to be able to lay our hands on those items, pronto. We're not completely unreasonable, though -- in the event of a snowstorm, we might not be surprised to find the local market out of toilet paper and milk. But on a regular Tuesday afternoon, we'd better be able to find our favorite brand of cookies. That's why at night, almost like magical elves, store employees work to restock shelves. With nimble fingers, these elves fill freezer cases to the brim and stock the shelves so that it looks as if no one visited the store the day before. This task is crucial for maintaining customer loyalty; after all, hell hath no fury like a woman who can't get her toaster waffles.

Fish stocking works under the same principle, though of course the details are a little different. It's a fish management tool that works by releasing fish, usually bred in hatcheries, into the wild. Just like grocery items, it seems, the public has a demand for fish. Most often, the irate shoppers are replaced by angry anglers who want to be able to fish for sport. In other instances, environmentalists are the ones who want to restock empty waters to mitigate for past losses due to habitat disturbances or to restore historic populations. Sometimes, the customer is someone with a backyard pond, while at other times, the customer is a scientist who wants to conduct research.

­The guidelines for stocking fish vary by location, with different countries and states having their own rules about which fish can be stocked where by whom. But whether it's a governmental office or a backyard enthusiast doing the stocking, careful planning is essential. After all, if a grocery store didn't plan its restocking schedule, the shelves might end up with no bread but hundreds of cans of peas. Imagine if two shoppers got into a brawl over that last loaf of bread, and you can start to imagine what might happen in an inappropriately planned fish stocking. While the shoppers may eventually settle the matter, the fish would die.

So what questions need to be considered to keep those fish alive? We'll take a look at the fish stocking process on the next page. 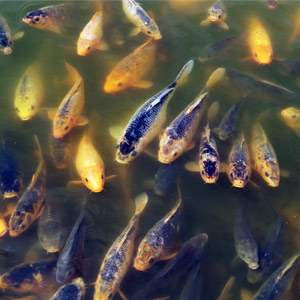 If the waters are full, then they won't support any additional fish.
Frank Krahmer/The Image Bank/Getty Images

Let's say that we're considering whether to stock a local river with­ trout. We want our trout to survive and thrive, so first we should consider what type of environment we're tossing them into. Could these waters support trout? Is there enough food and plant cover? And if so, why aren't there trout swimming about right now? It's important to consider whether there's some reason that specific populations can't survive in certain bodies of water.

One of the main factors related to the new species' success is the fish that already call those waters home. To figure out what's down below, local fishermen's catches should be monitored; this information will provide a rough idea of how many fish live in the area, what kinds of fish there are and if they're in good health. After all, you don't want to stock new fish only to have them catch a disease from the existing fish (the fish that are to be stocked should also receive a health check). Taking into account the local competition also helps determine whether the new fish will be able to have adequate access to food.

Access to food brings us to our next issue: overstocking. If the local river is already home to many fish, then it may not be able to support much more. Each body of water has a carrying capacity, which is related to how much life that area can sustain. Stocking the water above and beyond the given capacity does damage to all the fish as they compete for food, plant cover and other resources.

If the water and all of its inhabitants check out, then it's time to plan a fish stocking. You can't just go throwing fish into the water whenever you darn well please. The best time for fish stocking is usually during seasons in which the water temperatures are low and there's a higher quantity of oxygen in the water [source: Environment Agency]. Fish need less oxygen at that time, and they also won't have to fend off quite as many parasites and disease-causing pathogens during those cooler temperatures. These conditions create the most conducive environment for the success of the new fish. Fish stocking may occur throughout that time period, because studies indicate that releasing small numbers of fish at regular intervals may portend greater success for the new species than one large dump of fish [source: Cowx].

A carefully evaluated fish stocking can reduce the risks associated with fish stocking. On the next page, we'll dive into these risks and examine why some people would prefer not to give these hatchery fish new homes.

Stock It to Me

According to data provided by state agencies, approximately 1.7 billion fish were stocked in 2004 in the United States alone. The 104 types of stocked fish had a combined weight of 43.65 million pounds (19.8 million kilograms) and were mostly distributed in Western states. Research from past years seems to indicate that a smaller number of fish were stocked in 2004, but it was the largest total weight stocked because the fish were much bigger, size-wise [source: Halverson]. 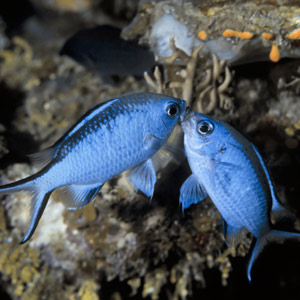 For more on fishery management, see the links on the next page.

How Fish Fraud Works
Dogtooth Tuna
How can you catch a fish without a rod and reel?