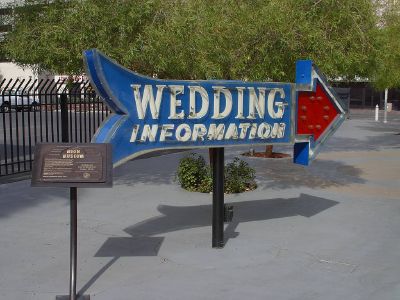 Las Vegas has something for everyone and knows how to present it in a big, glamorous way unlike any other place on Earth. No matter where you look, the young and young-at-heart will find enough year-round attractions to keep them busy. Theme parks, roller coasters, museums, exotic gardens, live animals, and more are available.

Those who enjoy reading about celebrities will be star struck when they can catch a show with such major headliners as Wayne Newton and Celine Dion. Most recently, Reba McEntire, Toni Braxton, Liza Minnelli, and Elton John have found temporary homes throughout the year in Strip showrooms.

Wherever you gamble in Vegas, whether it's the floors of casinos on The Strip or the smaller casinos in the downtown, your chances of winning are the same. Cocktail servers bring free drinks to playing customers. If you like your drinks quickly, it's best to play at a bar, where the machines are set into the top of the bar and your server is right there to wait on you.

The Aquarium at the Mobil Two-Star Silverton Hotel (3333 Blue Diamond Rd) is a 117,000-gallon saltwater aquarium that holds more than 5,000 exotic fish and three species of string rays and sharks. It's free to watch the fish and animals swim between among vibrant coral. If you're lucky, you can catch a marine biologist feeding them three times a day.

King Tutankhamun's Tomb & Museum at the Mobil Three-Star Luxor Hotel (3900 Las Vegas Blvd) is an authentic reproduction of the boy king's tomb to the exact measurement. Artisans reproduced his treasures using authentic 3,300-year-old methods such as gold leaf and linens, precious pigments, and tools. Each was meticulously positioned according to the records maintained by the original Carter expedition.

The replicas include a re-creation of the sarcophagus of Egypt's boy king exactly as it looked when archaeologists unearthed it. You can take home a replica of original artifacts, writings, baskets, sarcophagi, statues, and vases.

The Fountains at the Mobil Four-Star Bellagio (3600 Las Vegas Blvd) come to life shooting water on cue while music plays in the background every 30 minutes during the day, or every 15 minutes from 8 pm to midnight. The 1,200 nozzles and 4,500 lights are well in synch with the music that includes Frank Sinatra's "Fly Me To The Moon." If you're a movie buff, the fountains were featured at the end of Oceans Eleven, the movie featuring George Clooney, Brad Pitt, and Julia Roberts.

The Volcano at the Mobil Three-Star Mirage (3400 Las Vegas Blvd) erupts every hour from 8 pm to midnight. The best spot to watch the orange flames leap 100 feet above the water is to stand on The Strip side of the pond and arrive 10 minutes early to secure your spot.

Take a ride on Speed at the Mobil Two-Star Sahara Hotel (2535 Las Vegas Blvd), in which an electromagnetic force is used to slingshot a rollercoaster from 0 to 35 mph in 2 seconds, then 35 mph to 70 mph in another 2 seconds. Hold onto your shorts because the biggest drop is 224 feet. Once you reach the peak, the rollercoaster reverses and runs the whole course backward. It will be over before you know it, so don't close your eyes on this 45-second ride.

You can also test your nerves and lungs on XScream at The Stratosphere Hotel (2000 Las Vegas Blvd). The ride travels to the top of the Stratosphere Tower (866 feet), then the ride's arm stretches the car out over the edge about 31 feet, so you're hanging at a 30-degree angle. Take off any eyeglasses or jewelry before you get on.

The Imperial Palace Auto Collection (3535 Las Vegas Blvd South) is a treat for car enthusiasts as well as car history buffs. This oddity contains more than 200 antique, classic, and special interest automobiles, explaining the history of the automobile in a plush, gallery-like setting on the fifth floor of the Asian-themed Imperial Palace.

The Lion Habitat at the Mobil Three-Star MGM Grand (3799 Las Vegas Blvd) is the place to go if you love lions. You can watch the kings of the jungle feed, play, groom, or sleep through a 1-1/2 inch thick glass.

The Conservatory found in the Mobil Four-Star Bellagio (3600 Las Vegas Blvd) features hundreds of flowers and rare trees from across the United States beautifully arranged in 14,000 square feet under a 55-foot glass ceiling. You can walk on paths between the plants, including a 105-year-old banyan tree from Palm Beach. A crew of horticulturists replaces the flowers in the conservatory exhibit every two weeks.

Explore mementos of Las Vegas's past at The Neon Museum (east end of the Fremont Street Experience in downtown Las Vegas). The museum features a free walking tour of numerous restored neon signs that once lit up the streets of The Strip and downtown Las Vegas. You'll see the Hacienda Horse and Rider sign (created in 1967), Aladdin's Genie Lamp, and the Flame Restaurant sign, among dozens more.

The museum was created to preserve pieces of Vegas history, especially after many hotels and casinos have been knocked down. The museum includes a three-acre lot called The Boneyard, where non-restored historic signs are kept. A tour of the Boneyard requires an appointment.

The Marjorie Barrick Museum of Natural History (4505 S Maryland Parkway, on the campus of the University of Nevada) is a tribute to the natural history of Southern Nevada. Dozens of exhibits and displays feature models of old animal inhabitants, live reptiles, desert lizards, and desert tortoises.

A large portion of the exhibit honors the way of life of the Paiute and Hopi Native American Indians. You can see tools, baskets, clothing, and other remnants of their daily lives. There are also interactive exhibits like the Navajo loom for weaving.

The Ethel M Chocolate Factory and Botanical Cactus Garden (2 Cactus Garden Dr, 10 miles from The Strip) features a free behind-the-scenes look at the candy-making process of Caramel Splendors, Lemon Satin Cremes, Almond Butter Krisps, and other treats. Afterward, you can explore the three-acre botanical cactus garden that surrounds the factory. More than 350 species of cactus live and thrive here. It's carefully designed so you can follow walkways through the property and occasionally find a bench from which to admire the natural plants.

The Atomic Testing Museum (755 E Flamingo Rd) is an 8,000-square-foot gallery of the atomic age that erupted in the still sleepy town of Las Vegas during the 1950s. A gift shop allows patrons to take home a souvenir of that bygone era that helped to shape the country's stance on the Cold War.

The Bonnie and Clyde Getaway Car (31900 Las Vegas Blvd, 702-679-RIDE) features the original Ford that bank robbers Bonnie Parker and Clyde Barrow were shot in during a police roadside ambush in Louisiana in May 1934. The exhibits include the shirt that Clyde died in, a belt and necklace made by Clyde during his early prison days, and 17 Barrow family photos.

Go back to the heyday of Nevada when it all started in the 1880s at Bonnie Springs Old Nevada (1 Gunfighter Lane, Blue Diamond), which is about 40 minutes outside of Las Vegas. The mining town reproduction offers horseback riding, a petting zoo, historic exhibits, and occasional Western shows along its streets. Wild horses and burros can be seen on the way to Bonnie Springs as well as while you're there.

Las Vegas may not be the first place you think of for arts and culture, but there are some surprising treasures both on The Strip and off the beaten path. See the next page for more on arts and culture in Las Vegas.