The white sand dunes of White Sands National Monument are offset with pink clouds from a sunset sky. Mark A Paulda/Getty Images

The dunes start out as small, snowy mounds bristling with clumps of scruffy vegetation. But the farther you drive into the heart of New Mexico's White Sands National Monument, the more impressive the dune field becomes. It's here, several miles along Dunes Drive, that the bright-white gypsum sand piles into massive, undulating mounds that stretch for miles – a sight so impressive, the monument draws more than 600,000 visitors annually.

White Sands' 176,000-acre (71,224-hectare) gypsum dune field is the largest in the world. And it dwarfs its competitors, of which there are only a handful: The world's next two largest gypsum dune fields are 2,000 acres or 809 hectares (Salt Basin in Texas's Guadalupe Mountains National Park) and 250 acres or 101 hectares (Cuatro Ciénegas in Coahuila, Mexico).

While gypsum is a relatively common mineral, gypsum dunes are rare because gypsum is soft and dissolves easily in water. So it's typically washed out to sea via rivers and other waterways. But White Sands sits in the Tularosa Basin, an area in the Chihuahuan Desert which has no outlet. Think of it as a tub without a drain. The gypsum that gets carried here remains as crystals when the water disappears. Over time, these crystals are transformed by the wind and repeated freezing-and-thawing cycles into tiny grains of sand.

Interestingly, although strong winds often blow across the Tularosa Basin, moving the sand dunes up to 38 feet (11 meters) per year, the sand never gets blown away. That's thanks to a shallow water table that lies just a foot or two (about half a meter) under the ground, anchoring much of the sand and keeping it cool.

History: Birth of the Dunes

Scientists consider White Sands' dune field a relatively young one. It was formed 10,000 years ago on land that, 250 million years ago, was covered by a shallow sea. When the sea disappeared, it left behind dense layers of gypsum. Over time, the Tularosa Basin formed, which collected more gypsum-laden water. About 12,000 to 24,000 years ago, the basin became a swampy pocket of land that was home to woolly mammoths, giant ground sloths and ancient camels. Once again, the land dried out and left behind even more gypsum. This time, the gypsum formed itself into the impressive, snow-white dunes in existence today.

In the early 1900s, the young dune field was threatened by entrepreneurs who wanted to begin mining the land, for gypsum is a versatile mineral used in everything from plaster of Paris and drywall to toothpaste and bread. White Sands was saved when local businessman Thomas Charles spearheaded efforts in the 1920s to preserve the area, which was designated a national monument in 1933. (National parks are designated as such because of their scenic or natural value; national monuments have objects that have historic or scientific value, according to the National Parks Service.)

Twelve years after the site became a national monument, the world's first atomic bomb, nicknamed Gadget, was detonated at the Trinity site in the newly created White Sands Proving Ground, which lay 60 miles (96 kilometers) to the north of the national monument. No information was released on this testing until after the atomic bomb had been dropped on Hiroshima, Japan in 1945. Today, the U.S. Army uses this land, now called the White Sands Missile Range, as a military testing area. The Trinity site, a National Historic Landmark, is open to the public twice a year, on the first Saturdays in April and October.

Students visit the Trinity site at the White Sands Missile Range, New Mexico in 2005, home of the first atomic bomb test. A modest black obelisk marks the spot where the 19-kiloton plutonium bomb was detonated 16 July 1945, three weeks before the U.S. dropped the atomic bomb on Hiroshima.
ROBYN BECK/AFP via Getty Images

Visitors to White Sands enjoy three main activities: sledding, hiking and camping. While sledding down a sand dune is possible, it's not as easy as sledding on snow. So the monument gift shop sells plastic saucers that it says work best on the dunes, although you can also bring your own conveyance.

Hikers have access to five trails totaling 8.9 miles (14 kilometers). All showcase different aspects of the dune field and can be accessed from Dunes Drive, a winding, 8-mile (13-kilometer) road into the heart of the dune field. While most of the trails are short and relatively easy to navigate, the 5-mile (8-kilometer) Alkali Flat trail at the monument's farthest reaches is fairly rugged and takes two to three hours to complete. Still, I was easily able to hike all of the trails in one day during a recent visit. The Alkali Flat trail, incidentally, passes near the White Sands Missile Range; signs warn hikers to stay on the trail because there may be unexploded ordnance nearby.

It's also possible to enjoy primitive backcountry camping at White Sands. However, there are only 10 campsites – which require special permits – and they tend to fill quickly. So if you're serious about snagging a site, it's best to arrive at the monument at 7 a.m., when the gates open. Then you'll need to wait another two hours (often in a line) until the office opens, when you can grab a permit.

Whether or not you're a backcountry camper, do stay at White Sands long enough to take in a sunset in the heart of the dune field. The sunsets here are often amazing, and paint the dunes an array of incredible colors.

NOW THAT'S Cool
Hollywood has filmed more than 20 major movies at White Sands since 1950. In addition, approximately 90 percent of the cars produced in the U.S. have been filmed or photographed at the monument.

Pope to List Nuclear Weapons as Immoral After Visiting Japan

What's the Difference Between a College and a University? 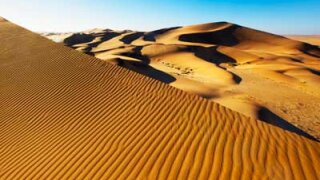 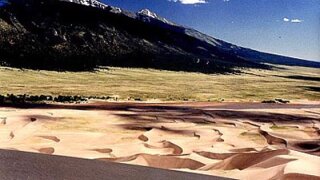 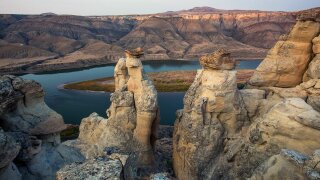 Trump Considers Removing National Monument Status ... But Can He?