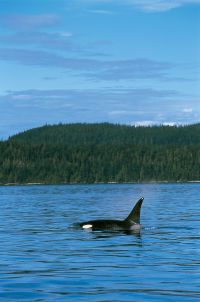 A novel way to see Stanley Park is by 20-passenger horse-drawn carriage. In summer, a free open-sided shuttle bus runs around the park throughout the day.

Take in the entire city by going on a walking tour, such as A Wok Around Chinatown and walkabouts with historian John Atkin.

If food is more your hobby and delight, Edible British Columbia offers culinary tours that will satisfy your tastebuds.

There also are cycling tours of the downtown and beyond (City by Cycle) and self-guided architecture tours from the Architectural Institute of British Columbia.

If you're a movie buff, you can receive a tour of celebrated movie locations with Vancouver Movie Tours. More than 200 Hollywood movies and TV productions are filmed in

For guided wilderness visits, go on an eco-tour with Rockwood Adventures, whale-watching with Lotus Land Tours, or sea kayaking at the Deep Cove Canoe & Kayak Centre.

Before you pack your bags, take a look at the next page for some suggestions on where to stay in Vancouver.