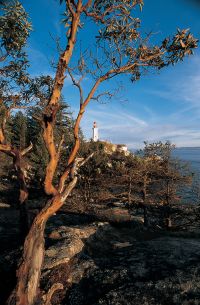 There is no shortage of ways to relax and unwind in Vancouver, a city known for its stunning natural beauty. If you're in Vancouver off-season, grab your umbrella and head to Stanley Park. Walk the seawall -- from either English Bay or Coal Harbour. You may get only a mile or two, but your nerves will be soothed, your spirit lifted.

In the depth of summer, pack a picnic and head west to Spanish Banks or clothing-optional Wreck Beach (down a steep trail from the western edge of the UBC campus).

If your idea of chilling out depends on a comfy chair, spend an hour or two in the Central Branch of the Public Library or in one of the coffee houses on nearby streets. The piano bar in the lobby level of the Mobil Three-Star Fairmont Hotel Vancouver, with its big, padded chairs, promises a mellow, laid-back evening alone or with friends.

Insider's Guide: The Best of Relaxing & Unwinding in Vancouver

Insider's Guide: The Best of Relaxing & Unwinding in Vancouver

Of course, what constitutes "unwinding" depends on the unwinder. For outdoor types, it might mean walking Vancouver's woodsy and sometimes mountainous trails. For a true hiking getaway, drive to West Vancouver and Cypress Provincial Park and follow the trails to Hollyburn Mountain, lakes and meadows. A cross-country ski area, it remains a rustic summer and fall retreat for those in the know. Take a map, downloadable at www.env.gov.bc.ca/bcparks, and dress appropriately.

Water-lovers should consider kayaking around False Creek and possibly English Bay. Kayaks and canoes are rentable

For those who prefer to get off their feet (or lay down their paddles), seek out the easy-going coffee houses, lounges, and eateries with water outlooks. For the former, there's Bojangles Cafe (1506 Coal Harbour Quay and 1097 Marinaside Crescent in Yaletown). For a drink and lunch or dinner, settle into The Lift (on the Coal Harbour seawall).

Those into people-watching will appreciate the ultra-hip Lift Bar and Grill (technically 333 Menchions Mews -- but on the seawall). For just plain flash, dine at Morton's Steak House (750 West Cordova St).

A long-established retreat (dining and drinking) for the well-heeled insider is the Mobil Three-Star Il Giardino (1382 Hornby St). You'll see beautiful faces on the patio at the Mill Bistro (north foot of Bute Street).

If you want to take a tour of Vancouver rather than go it alone, we have several suggestions on the next page.