by Dave Roos Aug 1, 2018
A general view of the Taj Mahal before the visit of Prince William and Catherine, Duchess of Cambridge, on April 16, 2016, in Agra, India. Restoration efforts for the monument have been proceeding slowly for years. Chris Jackson/Getty Images

The Taj Mahal is one of the seven new wonders of the world, a UNESCO World Heritage Site and easily the most famous cultural landmark in India. But a caustic combination of air pollution, water pollution and bug poop (yes, bug poop) has left its mark, literally, on the nearly 400-year-old, palatial marble mausoleum.

The Taj Mahal's ivory-white exterior has been stained brown, green and yellow by industrial pollution and swarming insects. And flooding from the nearby Yamuna River, laden with human and industrial waste, is also no treat for tourists.

The pitiable state of one of the world's most beloved monuments recently led the Supreme Court of India to threaten the country's Ministry of Environment and Forests, saying, "Either you demolish [the Taj Mahal] or you restore it."

The Supreme Court issued this ultimatum as a way to spur the Indian government to finally take action to conserve this famous "monument to love." While there's no chance that India will actually tear down the Taj Mahal, restoring the site to its former glory will be an uphill battle. Bonnie Burnham, former president and CEO of the World Monuments Fund (WMF), a private nonprofit organization dedicated to preserving threatened cultural landmarks, says the challenges facing the Taj Mahal are two-fold.

"It's money plus politics," says Burnham, who tried unsuccessfully to partner with Indian authorities to improve the Taj Mahal visitor experience when she was with the WMF. "It's not having a vision of the bigger picture, a strong will to do something within a context of dynamic change. You can't simply treat a monument as if it were in a glass box and won't be affected by its environment. And that's the problem with the Taj Mahal."

In 2016, the Times of India reported that the Taj Mahal had taken in more than Rs 75 crore (about $11 million) over the last three years but had spent just Rs 11 crore ($1.6 million) on maintenance and conservation. Burnham says that ticket revenue from the Taj Mahal is lumped together with revenue from other tourism sites and spent by the central Indian government on any number of expenditures, not all related to tourism or cultural preservation.

"The funds for these restoration works come at its usual pace in our bureaucratic setting and those disbursing the funds have remote, if any, emotional connect with the monuments, even if these are 'World Heritage Sites,'" wrote Maneesh Pandey, deputy editor of the Indian publication Mail Today back in 2016.

The Taj Mahal is far from the only cultural icon to suffer from a lack of full funding and political support. Joseph King, who runs the Sites Unit at the International Centre for the Study of the Preservation and Restoration of Cultural Property (ICCROM), an intergovernmental organization that partners with UNESCO to help member states conserve their cultural heritage, says that every country struggles.

"I've been in this business 30 years," says King. "I've never met anyone in any country — developed, developing, North America , Asia, Africa — who says they have enough funding, enough support, enough capacity to do everything they need to do. I think that's normal everywhere."

In Italy, for example, the government called for a $30 million restoration of the Colosseum in 2012 to clean up decades of grime caking the ancient stone, but crippling national debt and political instability left the bill unpaid. It took a luxury fashion brand, Tod's, to step in and cover the cost of the Colosseum's much-needed makeover.

Often costs for restoring these monuments are astronomical. Some argue that money spent in this way could be better served helping the poor or fixing roads and bridges. Others want to cap the numbers of tourists at these sites to lessen the toll on infrastructure. And some say what is needed is actually more commercial enterprise at these landmarks, which could help cover the costs of conserving them.

"With a state-of-the-art interpretation centre including cafe, site museum, book shop, exhibitions for children, the revenues earned [on the Taj Mahal] could be manifold," wrote Maneesh Pandey. That money, he noted, could be used to create a fund for maintenance and restoration so the site would not need to rely on government money for this kind of work.

One common misconception, explains King, is the role that UNESCO plays after it designates a location as one of its World Heritage Sites, of which there are now 1,092. UNESCO doesn't sweep in with a bunch of money to fund conservation efforts, and it's not in charge of overseeing site preservation.

"When something becomes a world heritage site, it doesn't become UNESCO's responsibility to take care of it," says King. "UNESCO is also not the heritage police. It's not like UNESCO comes in and starts fining countries for doing the wrong thing or sanctioning them."

That's not to say that individual countries are alone in preserving their cultural heritage. Organizations like UNESCO, ICCROM and the World Monuments Fund exist to rally international support around shining examples of human achievement. They fund the training of local workers in specialized fields of conservation science and technology. They help develop long-term, holistic conservation strategies that consider not only the man-made structures, but the surrounding environment and local economy.

"Monuments are a rallying point of culture and this is why it's important for us to have them," says Burnham. "It's important for the Indian government to have the wherewithal to preserve the Taj Mahal under the most optimal circumstances that it can, and if there are organizations that can contribute and can reaffirm the idea that this is a collective responsibility of human society across the globe regardless of politics, then that's a resonant message."

Now That's Rough
Unfortunately, some recently named World Heritage Sites without a strong tourism management plan have been victims of "UNESCO-cide," a flood of tourists threatening to destroy what made the site special in the first place.

From Military to Mainstream: The Evolution of the AR-15 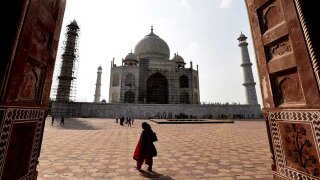 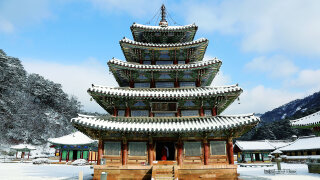 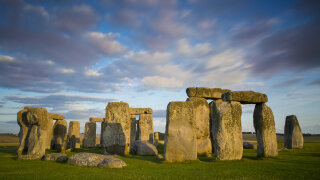 Searching for the Lost Horizon of Shangri-La
March 31, 2020

NASA's Chief Sniffer's Job Is to Keep 'Stinky' Situations Out of Space
March 31, 2020