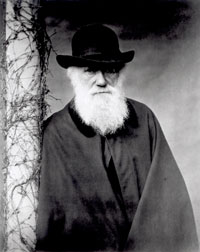 You've heard them on the evening news and read about them in newspapers and on the Internet -- amazing stories of survival. Regular humans endure extraordinary conditions to stay alive -- it happens all the time. For example, there's the amazing story of the Japanese hiker who essentially hibernated for 24 days -- something humans aren't supposed to be able to do.

After wandering off from his friends on a hiking trip in western Japan, Mitsutaka Uchikoshi tripped and was knocked unconscious. The last thing he remembers is lying down in a grassy area and falling asleep. He was found 24 days later with barely a pulse, organs that had almost completely shut down and a 71-degree-Fahrenheit (22-degree-Celsius) body temperature. He was treated for hypothermia because of the 50-degree-F (10-degree-C) temperature, but doctors were amazed to find that he suffered no brain damage. They anticipated that he'd fully recover from his ordeal. There's no scientific explanation for how long he was able to survive without food or water. After all, humans can only live about three to five days without being properly hydrated.

Charles Darwin, famous for his theory of evolution, knew a thing or two about survival. In the 1800s, the British naturalist provided evidence to support the notion that humans evolved over time and survived due to the concept of natural selection -- that is, only the strong survive. Natural selection is a pretty simple theory. Imagine two groups of worms, one brown and one red. Since the Earth can't support unlimited population growth from all species, the weaker species gets weeded out over time and the stronger species lives on. In this case, let's say that birds really love to eat the red worms. Over time, more red worms get eaten, so they aren't able to realize their full reproductive potential. During that same time, the brown worms get busy and reproduce like rabbits. This means fewer red worms. Eventually they could even completely go away, leaving only the brown worms. This is natural selection in its simplest form, and it's the key to whether humans have a natural predisposition to survive -- if we're wired that way.

In this article, we'll look at a few of the human survival instincts that have kept us around for the last two million years.