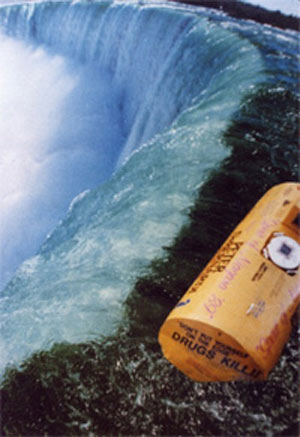 Riding face to face and wearing hockey helmets, the two Canadians went over the Falls in a 5-foot by 10-foot (1.5x3m) barrel. They came out of it relatively unscathed. Their reason for going over? They were reportedly making a statement against drugs -- to show kids there were better things to do.