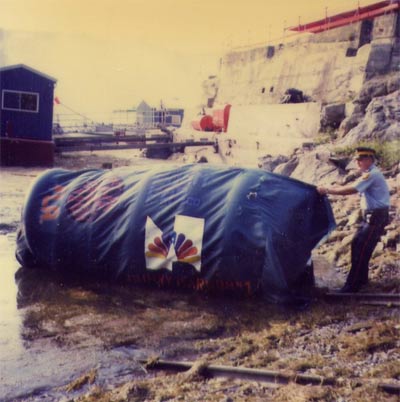 Steve was 22 and a part-time bartender when he went over the Falls in a barrel. It was August 18, 1985. He built his barrel from two Greek pickle barrels. It was reinforced with fiberglass and wood and was padded with inner tubes. He padded the inside with the material that the military uses to pack nuclear warheads. Inside the barrel, he had a two-way radio and a SCUBA tank for air. After being dropped off a quarter mile upstream by some friends, he went over the Falls and survived. He was the youngest man ever to go over the Falls.

Ten years later, on Father's Day 1995, Steve went over the Falls again, becoming the second person to go over the Falls twice and survive. This time, however, he took someone with him. Lori Martin was a last-minute stand-in for another friend who was supposed to have gone with him. This time, the barrel was made from two hot water heater tanks welded together, coated in Kevlar, and they had air tanks that would supply air for the two of them for 1 hour and 20 minutes. The barrel was reportedly paid for by an investment banker in Florida. It cost $19,000.

Except for getting their barrel stuck in a rock crevice near the "Journey Behind the Falls" tour, the stunt was uneventful. They were helped ashore and their barrel was retrieved nine days later. Steve spent two weeks in jail and was fined $5,000. His partner, Lori Martin, paid a $2,000 fine.