Dangers of the Jungle: Jungle Animals and Plants 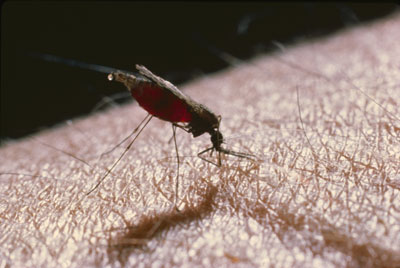 The mosquito may be a nuisance in the suburbs, but it can kill you in the jungle.
Ira Block/Getty Images

If you focus on any one spot in a jungle, chances are you'll see something crawling, slithering, slinking, flying or walking. Jungles are vibrant and alive, which helps when you're foraging for food. But that life can also be deadly. Here are just a few things in the jungle that can make you ill or kill you.

Poisonous plants: Plant life can be a valuable source of food energy and nutrition in any survival scenario. This is especially true in the jungle. But eating the wrong kind of vegetation can make you sick or even lead to your demise. The list of inedible plants is long, so if you're the adventurous type you should own a manual that lists edible and inedible plants in the areas you'll be exploring. Most poisonous plants will only get you sick if you ingest them, but some, like poison ivy and sumac, are poisonous to the touch.

Animals: In the jungle, you can take your pick from thousands of creatures that could harm or kill you. If you're into mammals, everything from wild boars to jaguars and cougars can pose a threat. If insects are your thing, you've got scorpions, brown recluse spiders and fire ants to consider. And, if there's one thing the jungle has plenty of, it's snakes. Coral snakes, pit vipers, cobras and the dreaded anaconda, a massive constrictor snake, are just a few of the deadly serpents you can come across. How about a nice dip in the river? Just watch out for the carnivorous piranha. See that cute yellow tree frog? Would you like to pick it up and get a closer look? Don't do it -- it's the golden poison dart frog and has enough toxins (1 mg) in it to kill 10 to 20 humans [source: Planet Science].

Water-related illness: Jungles are wet places, and sometimes being wet can be dangerous. If your feet stay wet for a prolonged period, you can develop trench foot, or immersion foot. This happens when your feet are constantly waterlogged, and infection sets in. If left untreated, this infection can lead to gangrene and eventually amputation. So keep your feet as dry as possible. You can also get sick from drinking the water in a jungle. Creeks and streams contain parasites that can make you extremely ill. All over the world, 6,000 children die each year from water-born illnesses, and many of these children live in jungles and rainforests [source: United Nations].

Mosquito-related illness: Mosquitoes in the jungle can infect you with malaria, West Nile virus, Dengue fever or yellow fever. Malaria is the worst of the bunch, killing more than 1 million people per year [source: CDC]. The most common strain of this parasitic infection, Plasmodium Falciparum, is also the most deadly. Dengue fever is a potentially deadly viral disease with more than 50 million cases reported each year. It's characterized by a high fever, rash and muscle pain. Yellow fever is another viral disease, but only found in Africa and South America. It's nearly 10 times as deadly to visitors as it is indigenous people. You'll experience fever, nausea, and stomach and muscle pain with yellow fever. West Nile virus (WNV) can spread from mosquitoes to many kinds of mammals, but is mostly found in birds. WNV isn't limited to the jungle though -- in 2003, the disease killed more than 250 people in the United States.

On the next page, we'll find out how you can find fresh drinking water in the jungle.