Protein in the Wilderness 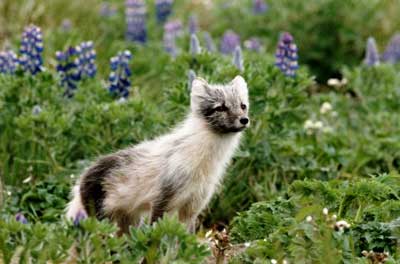 When it comes to hunting in the wild, should you seek out big or small game? In Alaska, big game includes bear, ram, and caribou. Beaver, and fox fall into the small game category. While a moose will undoubtedly feed you longer than a rabbit, you have to consider the cost of hunting one. Energy is a precious commodity when you're trying to survive in the wild.

Hunting can burn up to 600 calories per hour, which translates to 12 percent of the 5,000 recommended daily calories for survival [source: Angier and Underwood]. That does not include what it takes to haul an animal back to camp and butcher it, which tacks on another hundred or so calories. For that reason, big game hunting of moose, caribou and bear is likely not an efficient use of your strength. Also, injuring an animal without killing it places you in danger if it becomes aggressive.

You have a better -- and safer -- chance of catching smaller game, such as rabbits, birds, and foxes instead. To catch these, watch out for animal runs, fresh droppings and tracks. You may need to scout out an area before actually hunting, and if you know how to set up animal traps, that raises the likelihood that you'll snag one.

In Alaska, with its thousands of rivers and lakes, water may offer more viable options. Even in arctic regions and during the winter, you can find fish. The state's freshwater fish stock includes salmon, trout, arctic char and whitefish. Drop your line -- or hand -- in the water just before dawn or at dusk to maximize your chances of getting a bite. Also, watch out for bears when hanging around salmon streams since they feed off them, and you may be putting yourself in the snack line.

Fatty salmon provides premium fuel. For instance, while a trout only yields 200 calories, a healthy salmon gives you 900. But if you hook a fish with sunken eyes, flabby flesh and sharp smell, toss it back.

Even after you've exhausted your hunting or fishing resources, your protein provisions haven't run their course. In fact, the best readily available protein source in the wild is insects. Yes, the creepy, crawly, icky, mushy insects can save your life, given that a majority of their squishy bodies is pure protein. Insects actually hold more than three times the amount of protein (for their size) as beef.

Insect larvae in particular contain a lot of protein. You can find the eggs in moist areas under rocks and inside rotten tree logs or stumps. Beetle species, the most popular edible insect in the world, call Alaska home as well. Sizzling the crunchy critters over a fire will make them more appealing to eat. As you travel north, the insect population grows more limited, but in the off chance that you find an earthworm, rinse it in water and feast. Whatever your locale, stay away from stinging, biting, smelly or bright-colored insects, such as spiders and some caterpillars.

For the less adventurous diner, we'll look at edible plant options in Alaska on the next page.

Warning about Alaska Hunting and Fishing

This article should be treated as purely informational from a survival perspective. Wildlife hunting in Alaska has many restrictions, and it is often illegal to hunt without a license. For more detailed information about hunting and fishing in Alaska, visit the Alaska Department of Fish and Game.