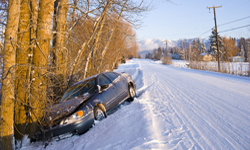 This kind of scenario will make you wish you knew some survival signals.
Noah Clayton/Getty Images

It's cold and dark. Your car is upside down in a snow-covered ditch and you're miles away from the nearest house. Things aren't looking good. In this kind of scenario, you're going to need to depend on your own strength and good sense to survive through the night and until you can get rescued. Knowing some basic survival skills is a good start, as is having a well-stocked emergency kit in your car's trunk. These things will help you live, but getting rescued means you'll need to get the attention of someone else. And when you're "miles from nowhere," it's not as easy as getting a cell phone signal or sending an e-mail that says "HELP." You'll need to be acquainted with some survival signaling techniques. Lucky for you, the following pages are chock full of them, so click forward if you want to survive. 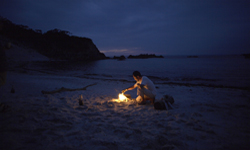 Fire is a great way to get noticed in the dark.
Seiya Kawamoto/Getty Images

If you're stranded in the cold and dark, then fire isn't just a necessity to help you survive; it's also the best way to attract someone's attention for rescue. If you can, get to the most wide open, high-altitude area. If you're not able to get very high up, then at least find a clearing to make your fire easy to spot. The international signal for help when it comes to fire is three fires in a triangular formation. The other option is three fires in a straight line about 80 feet (25 meters) apart. If you're all alone and you can't manage all three, just try to build one as large as you can without burning down the woods around you. As a last resort, set a lone standing tree on fire, again making sure that you don't start a forest fire. (Again, that's really a last resort and the tree should be extremely isolated.) 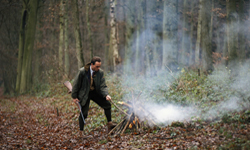 What fire is to nighttime rescue, smoke is to daylight. The best way to get the attention of passing planes or helicopters is to do it the way the Native Americans did it, and how Boy Scouts are still taught to -- make a smoke signal. Once you get a good fire going, throw some green boughs (or wet) on top of the fire. This will create a tremendous amount of thick, white smoke that can be seen for hundreds of miles. When you get a good smoke plume rising, use a jacket, sleeping bag or blanket to signal. If there is water around, wet the fabric some. But if there's no water, you can still signal with it. Cover the fire with the blanket for about a second and pull it off three times in a row, making sure not to disturb your fire too much. This will send three distinct puffs of smoke into the air, which is the international signal for trouble. Keep repeating the three bursts of smoke until you're rescued. 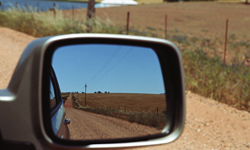 Your side view mirror could save your life in case of an accident.
Bigshots/Getty Images

The sun can be your worst enemy if you're trying to survive in the desert heat, but it can also be a great way to get the attention of rescuers wherever you are. If you're lucky enough to have an emergency kit at your disposal, then you may have a signal mirror. If not, scour the surrounding area for anything shiny that will reflect the sun's rays, like a canteen or belt buckle. A signal mirror comes with a tiny hole you look through to aim the reflected rays. If you're improvising, you'll have to wing it. The idea is to tilt the signaling device back and forth toward whatever your target is -- a passing plane or helicopter, for instance. Overcast weather and haze and fog will hurt your chances, so get to high ground if possible to improve them. 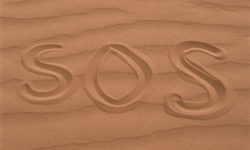 SOS is universally accepted as a rescue signal.
Bigshot/Getty Images

While the term SOS is believed by many to stand for "save our ship," that's not actually the case. It was really chosen simply because the way the distress signal is sent when using Morse code -- three dots, three dashes and three more dots -- was hard to confuse with anything else. Unfortunately, if you're stranded, you most likely won't have a two-way radio, but if you do, it's probably equipped with a means to send signal beeps. If so, use the Morse code version to try and send out a rescue SOS. If you're stuck without a radio, find a large open space and do it the old fashioned way, by spelling it out with tree branches or rocks. The good thing about this kind of rescue signal is that it doesn't need to be managed. Once you have it built, you can walk away and concentrate on that signal fire. 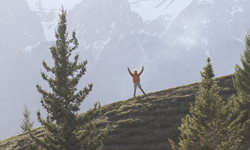 This hand signal can get you rescued.
Philip and Karen Smith/Getty Images

Sometimes your survival scenario will leave you without a radio, means to build a fire or anything shiny you can use as a signal mirror. In this case you need to be familiar with some hand and arm signals in case a rescue plane or helicopter is overhead. If you see a rescue plane overhead and it's close enough to spot you, simply hold both of your arms above your head. Waving them back and forth is probably your first instinct, and while it's not the official signal for rescue, it would most likely send the appropriate message. If there's an area where a helicopter might land nearby, get into a squatting position and aim both arms straight out toward the clearing. If it's not safe to land where you are, keep both arms together and wave them over your head. There are many other hand signals that military personnel are taught, but indicating that you need help and advising on a place to land should be enough in a civilian rescue scenario. 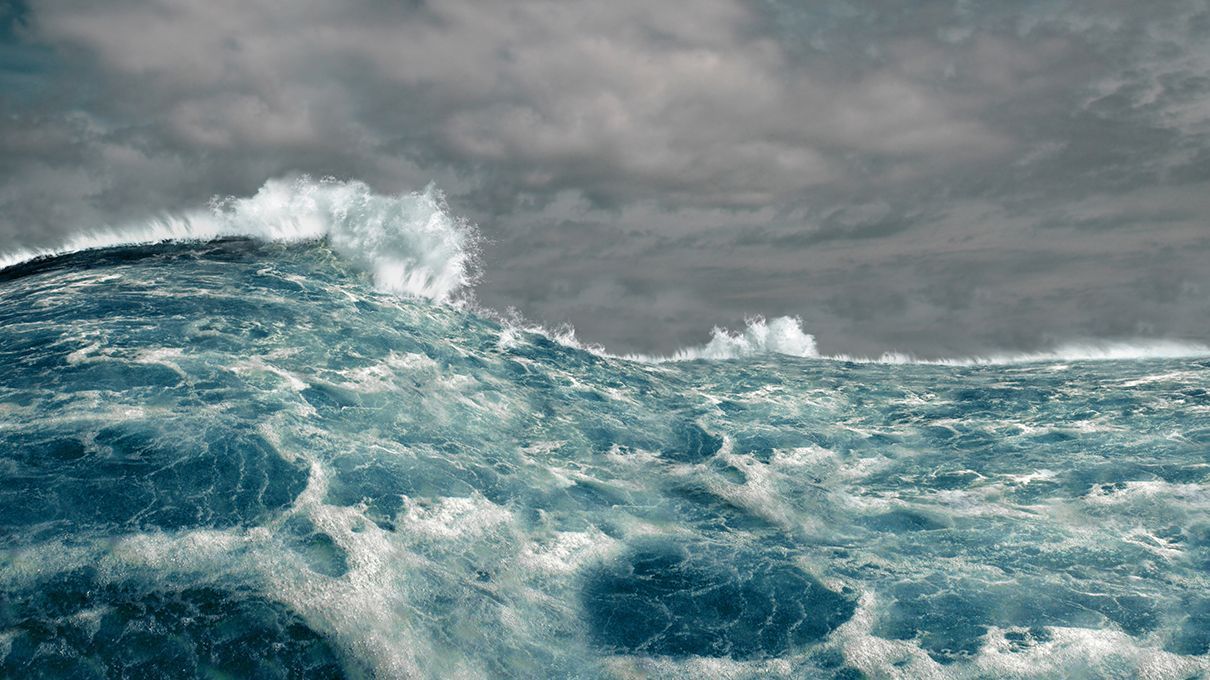 The spherical orange pod could be a saving grace when a storm gets too rough to escape. Learn about the survival capsule at HowStuffWorks Now.