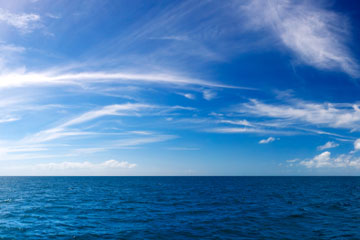 You're setting out for a backpacking expedition and packing up the important gear you'll need for your trip. You've got your compass, a map, some comfortable hiking boots, some snacks and an army knife. Seems like you have everything you'll need, right? Well, you're missing one important item that could save your life in a pinch: a way to purify water. Without water, you're susceptible to dehydration, hypothermia or altitude sickness. A water purification system like a filter or charcoal tablets could provide you with the purified water you'll need to survive in the outdoors.

But what if you need to do more than purify the water? What if your only available water sources are saltwater? (Or as Samuel Taylor Coleridge put it in his poem "The Rime of the Ancient Mariner": "Water, water, everywhere / nor any drop to drink.") Although seawater might look tempting, its high level of salt makes it unsuitable for human consumption. Average ocean seawater contains three times the salt content found in a person's bloodstream. If you drink seawater, you'll become even more dehydrated, which could lead to seizures, kidney failure or even brain damage and death [source: Seawater Facts].

On the next page, we'll take a look at the science of reverse osmosis desalinators.

The Science of Reverse Osmosis Desalinators

To understand the science of reverse osmosis desalinators, you should first become acquainted with a few key terms:

Desalination: Desalination is simply the process of removing salt content from water. During this separation process, the dissolved salt in water is reduced to make the water usable. Although seawater is the largest source of water on our planet, it can't be used for drinking due to its high salt content. Desalination makes seawater fit for human consumption.

Osmosis: Osmosis is a natural phenomenon that affects a variety of biological functions in all forms of life. Osmosis does everything from allow plants to absorb nutrients from the soil to help the kidneys purify blood. An osmotic membrane, a membrane that allows water to pass through at higher levels than it does salt, allows for osmosis to occur. An osmotic membrane is semipermeable; that is, it allows some substances to pass through while others do not. Although pure water can flow freely in both directions, salt and other impurities can't pass through.

During osmosis, solvent water passes through a semi-permeable membrane toward a concentrated substance on the other side until the osmotic pressure across the membrane is equal (usually 350 pounds per square inch guage, or psig, freshwater/seawater) [source: Water and Waste Digest].

During reverse osmosis, saltwater is forced through a semipermeable membrane that allows water molecules to pass through while all other impurities, including salt, are held back. Here's a look at the step-by-step process of reverse osmosis desalination:

On the next page, we'll take a look at how reverse osmosis desalinators are used. 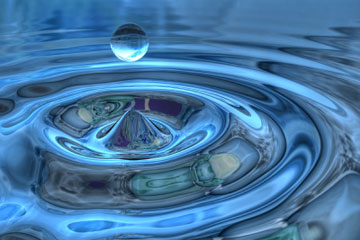 Many communities in equatorial zones, arid environments and coastal areas are good candidates for reverse osmosis desalination systems because they generally have available seawater but lack freshwater. For example, places like California, Florida, the Caribbean, Central and South America, the Mediterranean, the Middle East and the Pacific Rim are areas in which reverse osmosis desalination could be a viable option for the production of freshwater on a large scale.

To take care of your reverse osmosis desalinator, make sure to keep an eye on the day-to-day operation of the system. Make sure to adjust the calibration and pumps for leaks or structural damage. The main problem that you can run into with reverse osmosis desalinators is fouling, when membrane pours become clogged. To prevent fouling, clean the unit every four months or so and replace filter elements about once every eight weeks.

The Heart-breaking End of Legendary Adventurer Sir Ernest Shackleton
How can I tell if a bug is edible?
How Desert Survival Works