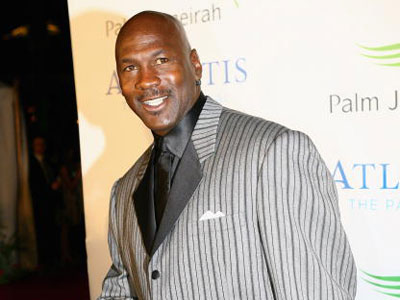 It's seconds before the final buzz­er. The crowd is chanting your name. You're on the court, sweat dripping down your face. You dribble the ball, working your way toward the basket. You see your poker buddy Jim to your left. Up ahead is your next-door neighbor, Bill. Coming up on your right? Michael Jordan. Wait, what? Is this some kind of dream?

Playing ball with the legendary Michael Jordan is a dream for most people. However, for a mere $17,000 or so, you can make it a reality. Basketball not your thing? How about training with the Yankees? Hockey with Wayne Gretzky? Racing with Richard Petty?

Sports fantasy camps are a cross between vacation and training camp. You're paying for the privilege to spend a few days hanging out with your idols -- mingling, meeting-and-greeting, learning more about the game and even playing alongside your hero. The games are informal, and you don't have to be an elite athlete to participate.

­Even though they call it "camp," these sports fantasy experiences aren't for kids. Most camps have a minimum age requirement (usually around 30), and some campers are as old as 83. All you need is a love of the game and some physical abilities. Oh, and money. You'll need a lot of money.

As we mentioned, fantasy camp with Michael Jordan costs $17,500 for three days with the basketball legend. Yankees fantasy baseball camp, on the other hand, is a bit cheaper -- $5,500 for a six-day experience. Sports camps vary in length, price and venue. Some include meals and lodging; some don't. Some include airfare; some don't. Some provide face-to-face time with sports celebrities; some provide time with coaches only. It all depends on what kind of sports experience you're looking for.

So what kinds of people attend sports fantasy camps and what's a typical day at fantasy camp like? Let's play ball. 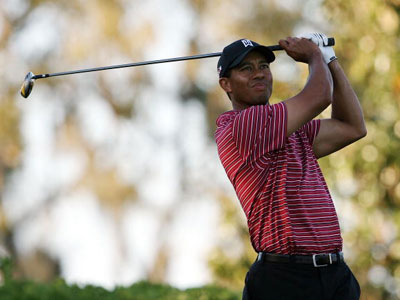 How awesone would it be to get advice on your swing from golf greats like Tiger Woods?
Doug Benc/Getty Images

When it co­mes to sports fantasy camps, you've got options. Some fantasy camps are run by the entire sports franchise or team, and some are run by specific sports personalities. In the latter cases, the personality is usually retired from sports. Managing a fantasy camp is a great way for a retired athlete to "stay in the game" while simultaneously running a financially viable business venture. Most fantasy camps -- depending on what's offered -- range in price from around $1,000 to $5,500. There are also extremely high-end camps that run close to $20,000.

Here's what's out there:

So what kind of person attends a sports fantasy camp? Are there any requirements -- like age or even gender?

­What kind of person saves up their pennies to attend a sports fantasy camp? A person who is looking for a new experience or is hoping to recapture the athletic success he or she enjoyed in younger days. And some simply want to see what it's like to be a professional athlete. Sports fantasy camps give people the chance to immerse themselves in something they enjoy. After all, how often do you get the opportunity to put down the potato chips, get up off the couch and step right into the game?

The sports fantasy camps we're talking about here are for adults only. Age minimums range from late twenties to mid-thirties for the majority of camps. There's no maximum age, although camps do require participants to complete a medical release. A sports fantasy camp application will ask for your health insurance information, as well as a document of medical clearance from your physician. You'll also sign a waiver saying you won't sue the fantasy camp should you take a spill on the basketball court or get beaned by a foul ball. Typical legal stuff.

And what about your sports skills? Do you have to be an athlete to participate in a sports fantasy camp? Of course not. That's why they're called "fantasy" camps. Sports fantasy camp games are light-hearted and casual, so if your star quarterback glory days are long over, don't worry. The one thing you'll have in common with everyone is that you're all fans of the game.

Sports fantasy camps are more about the schmoozing than the playing. Participants get to hang out with their sports heroes -- players, coaches, trainers -- as well as network among themselves. In fact, friendships forged during fantasy camp may last a long time. Fantasy camp reunions aren't uncommon -- the Yankees hold a one-day formal reunion each year before the Old Timers Game at Yankee Stadium. Reunion ticket fees are usually extra, but most include a pre-game reception where you can catch up with old friends and perhaps some of the staff from your camp experience [source: Yankees].

In case you were wondering, sports fantasy camps aren't for men only. Women are welcome, too. Of course, you'll want to check the details on the particular camp in which you're interested. The Pittsburgh Steelers Fantasy Camp, for example, is men-only [source: Steelers]. Conversely, there are some women-only camps as well, such as a women's soccer fantasy camp featuring Olympic champ Brandi Chastain [source: SportsNet].

Do you really spend quality time with famous athletes at fantasy camp? What kind of swag do you get to bring home? Read on to see what an average day at fantasy camp might be like.

Sports Not Your Bag?

Besides sports, there are many other fantasy camps available to adults who want to live out a dream. Sign up for Rock 'n' Roll Fantasy Camp and play with people like Steven Tyler, Todd Rundgren and other rock luminaries. If you're a fan of the boob tube, try out the Hollywood TV Star Fantasy Camp. Jazz aficionados can attend Jazz Fantasy Camp and perform concerts with well-known jazz musicians. There's even a fantasy camp for people who like architecture. The old adage is certainly true -- there's something for everyone.

A Day at Sports Fantasy Camp

Let's ­walk through a day at a typical baseball fantasy camp. Here's what it might be like:

After you arrive and check in at your hotel, you sit through an orientation where the staff let you know what to expect during your stay. Next up is dinner or a cocktail reception, where you meet your fellow campers and perhaps a few major league players. You and the other fantasy campers are separated into teams -- you'll be competing against each other during camp.

In the morning, a shuttle delivers you to the stadium. When you arrive at the clubhouse, you find a personalized jersey and equipment waiting for you in your locker. It fits perfectly. You join your team on the field for warm-up and batting/pitching clinics. You recognize some of the trainers and coaches as retired players from days gone by. You pose for team photos on the field.

Game time! You and your team take to the field and play ball. You can't believe you're pitching fastballs on the same mound as your heroes have for years. After the game -- congratulations, your team wins! -- you return to the hotel to change out of your uniform. Another cocktail reception in the lobby gives you the chance to hobnob with several more major-league players, with photo opportunities aplenty.

The next few days continue in the same vein. On the last day, your fantasy camp team even gets a chance to compete in a friendly game against former pro players. That night, the staff honors you and your fellow campers at a banquet, with trophies and awards.

And then, the next day, your life as a major league ball player is over. You head back to the airport, shoulder sore from pitching, with your team jersey and trophy packed safely away in your suitcase. Later that summer, you'll meet up with your team again at the stadium for a reunion.

Put Me In, Coach

If your kid is pouting because you get to go to sports fantasy camp and she doesn't, don't worry -- there are sports fantasy camps for kids, too. They usually last only a day or two and are geared more toward the younger player. Children as young as six years old are eligible for some camps. Kids typically receive team T-shirts and hats, practice their skills on the field and get tickets for a game to watch their heroes in action.