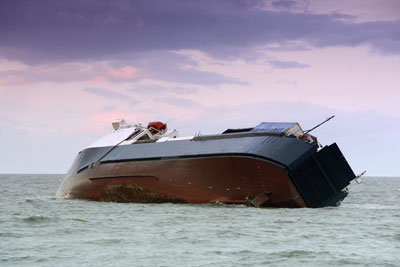 Titanic Image Gallery A ferry sinks off the coast of Blackpool, England. To see the most famous shipwreck, check out pictures of the Titanic.
Adrian Pope/Getty Images

The unspoil­ed b­eauty of the Alask­an coastline was an option. So were the frigid, icy waves of Antarctica. But in the end, the warm, clear blue waters of the Caribbean won out. You've saved your money, bought your sunscreen and practiced up on your shuffleboard. The launch date nears and you're ready to play some slot machines, dance the tango, catch a magic act and marvel at some ice sculptures. That's right -- you're about to go on a cruise.

If you're planning a cruise in the near future, you're not alone. Cruise Lines International Association projects that 34 million adults over 25 years old will cruise in the next three years [source: cruising.org]. This is great news for the travel industry. But what if the ship you pick strikes a reef or an iceberg? We all know what happened to the Titanic, but is it possible for a modern cruise ship to sink? While it isn't something that happens often, cruise ships can and do sink. Just ask the passengers aboard the Sea Diamond. That cruise ship sank off the coast of Greece in 2007. It took more than three hours to evacuate 1,600 passengers and crew members, but two were never found and presumed dead.

The Web site cruisejunkie.com lists 19 cruise ships that have sunk since 1980. While many of those recorded no fatalities, the idea of going down like Leonardo DiCaprio and Kate Winslet is enough to keep superstitious travelers on dry land. What's even scarier is that cruise ships only account for a tiny percentage of sea vessels that sink. It's believed that tens of thousands of boats sink every year, although there aren't exact statistics. Many of these are docked boats, but a lot of them sink at sea -- from ferries and freighters to sailboats and yachts.

Would you know what to do if your yacht, sailboat or cruise ship went down? Does it mean certain death? You'll be relieved to find out that you can survive a sinking ship or boat if you remain calm and take the right steps. Heck, you may even be able to prevent the boat from sinking at all if you act fast and have the proper equipment.

What do you do? Keep reading to find out. 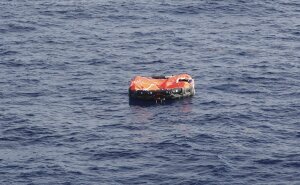 How long can you survive adrift in the ocean?