by Julia Layton
Prev NEXT
3 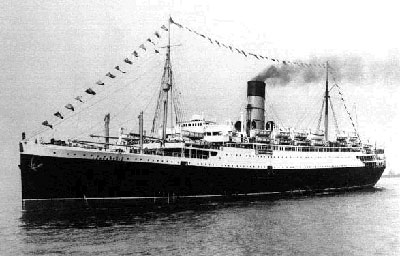 Another British luxury cruise liner, the Lancastria, was sunk easily by Germany, this time in the second World War. This shipwreck was the biggest maritime disaster in the history of England.

In 1939, the Lancastria had been requisitioned by the Royal Navy for troop transport. On June 17, 1940, she was evacuating British troops from France when she was spotted by several German war planes. The Lancastria was a sitting duck, anchored off St. Nazaire, France, and still taking on troops when the first bomb struck. She was ultimately hit four times, with one of the four bombs dropping straight down the smokestack and blowing the ship apart. The Lancastria took 20 minutes to sink, and with German aircraft overhead, rescue was almost impossible. It's not known how many people were onboard when the Lancastria was hit because the troops were still being loaded. The best guess is that there were about 7,000 people on the ship, and of those, 4,500 died in the wreck.

Prime Minister Winston Churchill feared that Britain couldn't handle news of the loss, so he ordered the press in England not to report the incident. Those 4,500 soldiers were listed as missing in action. About six weeks later, the story broke in several New York newspapers, and the secret was no more.

The captain of the Lancastria, Rudolph Sharpe, survived the bombing. He had also been an officer on Lusitania's crew, but had disembarked just before she was attacked. His luck ran out when he took charge of the Laconia, which was sunk by a German sub in 1942. Captain Sharpe died in that wreck.