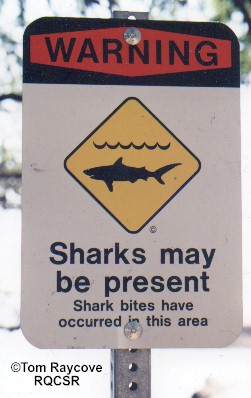 How to Avoid Shark Attacks

It is not very often that a shark enters a well populated beach area to select a victim from among a group of people. On the other hand, quite often the victim is the person suddenly left alone and farther out from shore than others in the water.

Every summer, media coverage brings a lot of attention to shark attacks. One result of all this attention is that we tend to perceive the threat as greater than it really is. The same thing happens with airplane crashes. Statistically, driving a car is far deadlier than flying. However, plane crashes are relatively infrequent and horribly catastrophic. They end up all over the news, and the images stay in our minds for a long time. As a result, we tend to overestimate the dangers of flying.

When news stories and scientists do offer real statistics, these are sometimes misleading. For example, it is often reported that you are more likely to be struck by lightning than to be attacked by a shark. This statistic is based on the number of incidents each year. However, anyone can be struck by lightning when there's a storm going through. Your chance of being attacked by a shark is zero if you live in Kansas and don't take a vacation on the coast. If you surf every day off the coast of Florida, the odds of a shark attacking you are much higher.

This isn't to say that anyone who goes into the water should be terrified of sharks, but people who swim and surf in the ocean need to be aware that dangerous wild animals may be present. Educating yourself about the risk factors for shark attacks can help you greatly reduce the chances of becoming a victim.

Here are some general guidelines:

These tips are not foolproof. There are plenty of instances where sharks attacked in defiance of all shark attack patterns. The best tip is to be alert and always swim, dive, or surf with a buddy. Some attacks can't be prevented, but having someone nearby to call for help can save your life.

If the worst does happen and you find yourself being attacked by a shark, what should you do? If possible, fight back. Despite their ferocity, sharks tend to be wimps. They don't like prey that can cause them harm. Punching, kicking, stabbing and even head-butting are all ways attack victims have fought off sharks. The eyes are particularly sensitive. This kind of response seems to help the shark realize that whatever it just bit isn't its usual prey.

Whenever there is a series of shark attacks, news stories are invariably accompanied by some statistical comparison that shows some unlikely method of dying is actually more likely than being attacked by a shark. One that has cropped up repeatedly over the years is that more people are killed by falling coconuts every year than by sharks -- usually 150 is the number cited. No reference is ever given for this statistic, and it's actually false. 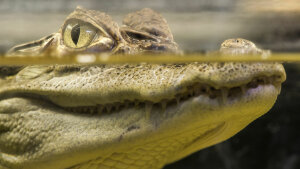