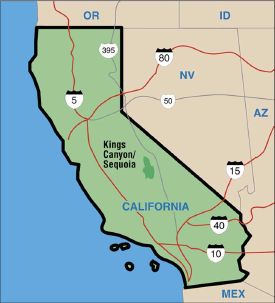 What if national parks had themes? The theme of these two adjacent California parks, located a little more than an hour's drive from Fresno, would probably involve the three superlatives to which they lay claim: immense mountains, deep canyons, and huge trees. How you take in these incredible sights is up to you, but in the words of Col. John R. White, who was superintendent of the parks in the 1920s: "Don't leave until you have seen it, and this you cannot do from an automobile."

Sequoia-Kings Canyon National Parks contain the planet's largest living things -- giant sequoia trees that are so huge they far surpass the size of any other species. It's also the site of Mount Whitney, at 14,495 feet the highest mountain in the lower 48 states.

Here, too, is Kings Canyon, the deepest in North America, plunging down steep granite walls more than 8,000 feet from its rim to the Kings River below; making it more than half again as deep as the Grand Canyon.

Sequoia National Park and Kings Canyon National Park encompass most of California's High Sierra country. The two parks contain thousands of acres of sequoias and some of the nation's wildest and loveliest alpine scenery. Visitors will find miles of sweeping mountain vistas, range after range of snow-capped peaks, high meadows, rocky ridges, and green forests of pine and ponderosa.

Learn about these and the many other sights to take in at Sequoia-Kings Canyon National Parks in the next section. 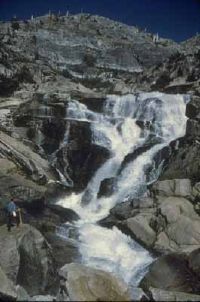 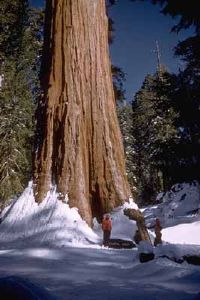