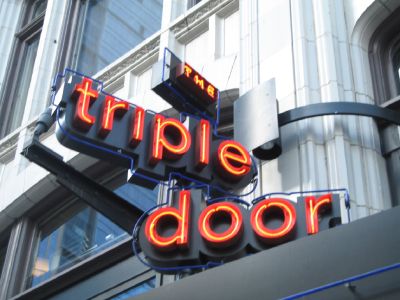 Seattle achieved national -- even global -- cultural status as a result of the grunge rock movement, which swept the music industry in the early 1990s. Headed by Eddie Vedder's Pearl Jam and the late Kurt Cobain's Nirvana, these bands -- whose numbers also included Soundgarden, Queensryche, Alice in Chains, the Pixies, and more recently, Death Cab for Cutie -- gave Seattle a face.

Their indie-rock successors, and sometimes members of the original bands themselves, may be heard in such hip venues as Belltown's Crocodile Cafe (2200 Second Ave).

But Seattle is far more than grunge. This is, after all, the city that also gave the world jazz saxophonist Kenny G and helped launch the careers of Quincy Jones and Ray Charles. The Seattle Symphony conductor, Gerard Schwarz, is recognized as one of the world's great musical directors. And to top it all, there's the tremendous theater of all types in the city.

Insider's Guide: The Best of Nightlife & Entertainment in Seattle

Insider's Guide: The Best of Nightlife & Entertainment in Seattle

For live music, it would be hard to top the Triple Door (216 Union St) or Dimitriou's Jazz Alley (2033 Sixth Ave). An overhauled vaudeville theater from the 1920s, the Triple Door brings in top-name artists of all stripes, while Jazz Alley guarantees appearances by some of the top performers in that genre.

The Pampas Room at the Mobil Travel Guide Three-Star El Gaucho Steakhouse (2505 First Ave) is a Copacabana-style cocktail lounge with music and dancing, and the upstairs bar is a draw for local professional athletes.

Techno music lovers and others who prefer DJs to live music often wind up at Club Medusa (2218 Western Ave). But serious trance dancers will want to visit Northwest Tekno at www.nwtekno.org or call 206-686-3151, a 24-hour electronic music event hotline.

The Blue Moon Tavern (712 NE 45th St), in the U District, has been around since the Beat Generation of the 1950s, and ancient graffiti still covers its wooden booths. The centrally positioned wood-paneled bar, ringed with padded stools, is an excellent place to sit.

Some Seattle residents enjoy area casinos. The major establishments, all on suburban Native American land, offer a full roster of dining and live entertainment as well as poker tables and casino games. The best are south of the city: the Emerald Queen Casino (5700 Pacific Hwy E, Fife) and the Muckleshoot Casino (2402 Auburn Way S, Auburn).

Check out music listings in local publications. Seattle Weekly provides comprehensive nightlife coverage, as does the weekly Stranger, albeit with a decidedly more alternative curve. The daily Seattle Times also publishes a club guide in its Friday entertainment section.

After a long night on the town, you'll probably want to kick back and relax. Discover the best ways -- and the best places -- to unwind in Seattle on the next page.