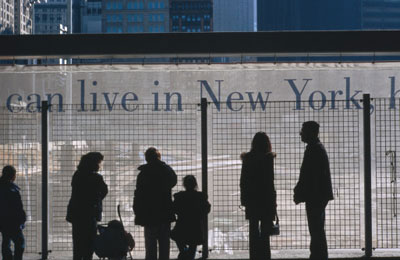 The Federal Emergency Management Agency (FEMA) established the National Response Plan for disasters in 1991 and sponsors 25 national USAR task forces. In the event of a homeland disaster, FEMA sends the three closest USAR teams within six hours of being notified -- more teams will follow if necessary. The following are considered urban disasters:

USAR teams perform a supporting role to the local and state emergency systems, who act as lead. Each USAR task force is made up of two 31-person teams and four SAR dogs.

The USAR teams are trained in four specialized fields:

The most massive USAR mission in U.S. history followed the events of Sept. 11. On that day, terrorists collapsed the Twin Towers in New York City with commercial jet liners, leaving behind injured survivors buried under millions of pounds of rubble. Twenty FEMA USAR teams were dispatched to New York to rescue and recover the survivors. Trained SAR dogs were a key component to the rescue operations at ground zero and made up the largest deployment of rescue dogs in U.S. history with more than 80 on duty. Dogs worked in 12-hour shifts with equal amounts of rest and search time. (You can read more about SAR dogs in How Search-and-Rescue Dogs Work.) Rescue workers also used electronic listening devices and search cameras to help locate survivors.

Many other specialists were deployed for the Sept. 11 SAR effort. Heavy-rigging experts headed up the operation of cranes and bulldozers necessary to move heavy chunks of concrete and steel. Hazardous materials authorities were on hand to ensure the safety of the rescue workers and dogs. With thousands of volunteers on hand, logistics specialists coordinated the rescue effort so everything ran smoothly.

In the next section, we'll look at the equipment used in urban search and rescue.

The Civil Air Patrol (CAP) is a nonprofit organization made up of more than 56,000 civilian pilots and cadets who supplement the U.S. Military's aviation duties. It was established in 1941 by Gill Robb Wilson and New York Mayor Fiorello La Guardia. Originally the CAP was to serve only as a liaison and reconnaissance group. But during World War II, it began carrying bombs and depth chargers to intercept German submarines targeting American ships.

The CAP is headquartered at Maxwell Air Force Base in Alabama and boasts the world's largest fleet of single engine airplanes. The air patrol plays a significant role in SAR operations, performing 90 percent of inland missions from the skies. They save an average of 75 lives each year on these missions [source: CAP].

In addition to the SAR support, they also perform these civic duties: