Historians have termed New Jersey the "Cockpit of the American Revolution" because so much of the battle raged within its borders. For much of the war, it was the front line. This 90-mile drive, beginning in Trenton and ending to the east in Freehold, tells an inspiring story. Against all odds, George Washington and his ragged, ill-equipped, and untrained band managed to outwit and outmaneuver their British and Hessian adversaries and ultimately carry the fight for liberty to victory.

As you follow Washington's footsteps, he and his soldiers seem almost to come alive, stepping for the day from the pages of a history textbook. You will visit well-preserved houses where Washington stayed while on the march and where he plotted his risky and desperate strategies. In museum displays, you will see such war-related items as an original war document signed by Washington, the authentic red tunic of one of the Redcoat enemy, and tools and equipment used by citizen soldiers in their daily life.

Beyond the colonial history, you can stroll the trendy streets of historic Lambertville, lined with hip craft shops, contemporary art galleries, and fine antique houses. Take time out to hike a mile or two along the shady towpath of the Delaware and Raritan Canal, a state park. Throughout the Revolutionary War Trail, small cafes, coffee shops, and ice cream parlors are plentiful.

Here are some points of interest along the Revolutionary War Trail: Washington's New Jersey Campaign.

State Museum of New Jersey: View a replica of the famed painting Washington Crossing the Delaware. Standing in stalwart pose, Washington and his officers are being rowed through storm-tossed waves on the Delaware River to the New Jersey shore. Though of doubtful historical accuracy, it does help you imagine that fateful night.

Old Barracks Museum: Costumed interpreters re-create the life and living quarters of British and Hessian troops stationed in Trenton in the early months of the Revolutionary War. The anniversaries of the Battles of Trenton are celebrated the weekend after Christmas each year, and birthday cake is served yearly on President's Day in honor of George Washington.

This map will guide you along Revolutionary War Trail.

Washington Crossing State Park: Sprawling across 841 acres of fields and woodlands, the park preserves the site at Johnson's Ferry where Washington's troops landed on the New Jersey shore. The Johnson Ferry House, dating to 1740, may have served briefly as Washington's headquarters during the crossing. Across the road, Continental Road, a six-foot wide wooded path, is believed to be the place where Washington's Continental Army began its march to Trenton.

Hopewell: A small village settled in the 17th century, Hopewell retains an old-fashioned charm. Large white-frame houses, shaded by towering maples, overlook broad expanses of well-tended lawns. Cafes and coffee shops may tempt you to stop. On June 23, 1778, Washington and his officers (including the Marquis de Lafayette) met in Hopewell to plan the Battle of Monmouth.

Princeton: Famed as the location of Princeton University, it is a pretty city with a cluster of fine shops near the campus. Two sights not to miss are the soaring Princeton Battle Monument, depicting a road-weary Washington on horseback, and the lovely stained-glass windows of the university's chapel. President James Madison, class of 1771, is pictured in the Window of the Law.

Monmouth Battlefield State Park: The park encompasses miles of spectacular landscape, a restored farmhouse, and a visitor center. The visitor center displays artifacts from the Battle of Monmouth. The exhibits also recall legendary Mary Ludwig Hays, who gained immortality as Molly Pitcher. Troops gave her the name when she carried water to them during the dreadfully hot day of battle. As the legend goes, she took over loading a cannon when her husband dropped from heat exhaustion.

The Revolutionary War Trail offers an inspiring drive with stops that offer the story of early New Jersey and the Revolutionary War. Make it a road trip to remember on this unofficial route, and travel some of the state's prettiest scenery, charming villages, and captivating museums.

States it runs through: New Jersey

Considerations: The drive can be undertaken at any time. However, battlefield visitor centers may be closed weekdays during the cold weather months. Check ahead. The parks, however, do remain open year-round, allowing you to walk the scenes of combat 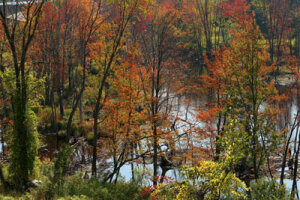 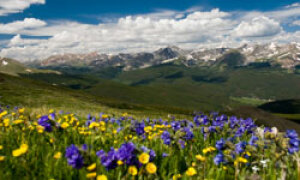 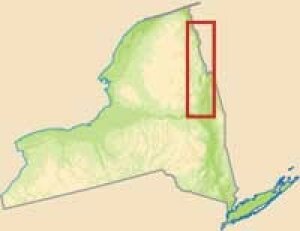