The Top of the Rockies Scenic Byway boasts beautiful vistas, cool mountain air, and the fresh scent of pine trees. Towering peaks flank the highways, and open lowlands give you a rest from steep mountain passes.

However, don't be fooled by these "lowlands" because Leadville, the hub of the byway, is the highest incorporated community in the United States, located 10,200 feet above sea level. Mount Elbert (14,433 feet) and Mount Massive (14,421 feet) -- the highest and second highest mountains in Colorado -- stand just outside of Leadville.

Historical Qualities of the Top of the Rockies Scenic Byway

Mining shaped a way of life along the Top of the Rockies many years ago. The rich mines of the area led to the growth of communities such as Twin Lakes, Minturn, Leadville, and Red Cliff. The military presence of the 10th Mountain Division at Camp Hale added another distinct chapter in the history of the byway.

In 1860, the mountains and hills came alive as gold was discovered in California Gulch. Soon, silver was also discovered in the area, bringing individuals such as Horace Tabor, David May, J.J. and Margaret Brown, the Guggenheims, and the Boettchers.

Fortunes were made, and communities soon developed to meet the needs of the growing mining populations. Many of these towns, such as Kokomo, Recen, and Robinson, are now nonexistent, having been destroyed by fires or other natural disasters.

While mining brought many people to the area, when fortunes were harder to come by, many residents turned to farming, and thus the boomtowns remained lively communities. Leadville today maintains the Victorian charm and influence that kept people in town after the mining boom was over.

Other factors contributed to this area's historical development. The 10th Mountain Division, which trained at Camp Hale, fought in the military campaign in Italy during World War II. Camp Hale was the training site of the Invisible Men on Skis. The troops used the high elevation, steep slopes, and winter conditions to train for mountain and winter warfare in the Apennine Mountains of Italy.

The 10th Mountain Division saw action during the war, and a memorial to those who lost their lives in this campaign stands at the entrance to Ski Cooper.

Natural Qualities of the Top of the Rockies Scenic Byway

In all, six wilderness areas cover about 900 square miles, which are being protected to ensure that future generations will be able to explore and experience this rugged and pristine wilderness.

The Mount Massive Wilderness Area in San Isabel National Forest covers 18,000 acres and is characterized by Mount Massive. The processes of uplift, warping, buckling, and to a lesser extent, glaciation have given shape to the peaks in the Sawatch Mountain range and created hidden lakes. The Rocky Mountains and Continental Divide are higher here than anywhere else between the Arctic Ocean and the Isthmus of Panama.

Qualities of the Top of the Rockies Scenic Byway

Recreation along the Top of the Rockies is both diverse and abundant. The many lakes and streams provide rafting and fishing adventures, while the high Rocky Mountains lend themselves to camping, hiking, skiing, or mountain biking. Popular four-wheel drive vehicle trails take you off the beaten track to various destinations. Mount Massive Golf Course outside of Leadville claims the distinction of being the highest golf course on the continent.

The Arkansas and Colorado Rivers give you a chance to enjoy rafting; from high water rapids to float trips, the area has something for everyone. These same rivers boast outstanding fishing. Twin Lakes and Turquoise Lake afford opportunities to fish, camp, and boat along the tranquil shores of the mountain lakes.

Drive to the highest and some of the most beautiful altitudes in the country following this map of Colorado's Top of the Rockies Scenic Byway.

These lakes and rivers are set among and near some of the highest mountains in the Rocky Mountains. Near Leadville, the Sawatch Mountain Range has two peaks higher than 14,000 feet, and the Colorado and Continental Divide trails provide many opportunities for hiking. Numerous mountain biking trails are also in the area.

Wilderness areas are the perfect place for extensive rugged outdoor adventure, such as backpacking, camping, hunting, horseback riding, four-wheeling, and climbing. You can visit more than 300 miles of hut-to-hut trails associated with the 10th Mountain Hut and Trail System, one of the most extensive backcountry hut-to-hut systems in North America.

World-class skiing facilities along the Top of the Rockies Scenic Byway also make this one of the major recreational draws for the area. Both Copper Mountain Ski Resort and Ski Cooper provide opportunities to ski. Other wintertime activities include backcountry skiing, cross-country skiing, and snowmobiling.

Considerations: The only part of the Top of the Rockies Scenic Byway that ever closes is the Vail Pass segment of I-70; bypass it by taking Highways 24 and 91, which take a little more time. Wildfires are an ever-present danger in the summer months; follow posted signs regarding campfires, and do not throw cigarettes out the car window. Abandoned mines are extremely dangerous -- look but do not explore. High altitudes bring increased sun exposure and reduced oxygen so wear sunscreen and sunglasses and don't overexert yourself.

Highlights of the Top of the Rockies Scenic Byway

The last blossoms of wildflowers flourish before yielding to the timberline and the majestic peaks of the Rockies.

Driving the Top of the Rockies Scenic Byway is an adventure set among some of the highest country in Colorado. With Leadville located at just more than 10,000 feet and Mount Elbert and Mount Massive both more than 14,000, you are literally at the top of the Rocky Mountains.

Both Tennessee Pass (10,424 feet) and Fremont Pass (11,318 feet) take you over the tops of these grand mountains, offering never-ending views of mountaintops and deep canyons. Cool air, even in the summer months, provides a perfect environment for exploring the many attractions along the byway.

Every turn on Highways 91 and 24 going to Leadville yields another view of a peak jutting into the sky. The forested mountainsides offer you a chance to witness the many shades of green that can be seen within the forests.

Within each of the four national forests, woodland creatures, such as deer, may be spotted alongside the road. Clear mountain lakes and tumbling streams are easily accessible and seen from the road.

The open valley around Leadville is flanked on the west side by the Sawatch Mountain Range, with Mount Elbert and Mount Massive standing guard over the valley. Colorado's largest glacial lake, Twin Lakes, is set at the base of Twin Peaks and offers a peaceful and tranquil setting for the byway traveler.

The Top of the Rockies historical tour begins in the town of Dowd, which is about five miles west of Vail along Interstate 70. If you're beginning the tour from Leadville, simply start at the bottom of the list and work your way up.

: The Top of the Rockies Scenic Byway passes briefly through these small mountain communities and then quickly gains elevation as it winds its way up and over rugged mountain passes. Be sure to bring a camera because views from the road to the valleys below are incredible, especially in the fall.

Camp Hale Memorial and Historic Interpretive Site: This site is located on the byway near milepost 160 and features several plaques detailing the history of the 10th Mountain Division that trained here before serving in Europe in World War II.

National Mining Hall of Fame and Museum: Located in Leadville, visitors can see displays of hundreds of fine specimens of gold, silver, ore, and minerals, including spectacular examples loaned from the Smithsonian Institute and the Harvard Mineralogical Museum.

Tabor Opera House: When it opened in 1879, the Tabor Opera House was said to be the finest theater between St. Louis and San Francisco. This building is one of only a few Tabor-associated buildings still standing in Colorado.

Annunciation Church: Started in 1879, this historic church in Leadville was dedicated on New Year's Day, 1880. The church's steeple has become a prominent landmark of this area. It houses a 3,000-plus-pound bell.

Aim high and take a journey along the Top of the Rockies Scenic Byway. You'll discover amazing scenery, interesting facts about the mining history of this area, and much more. 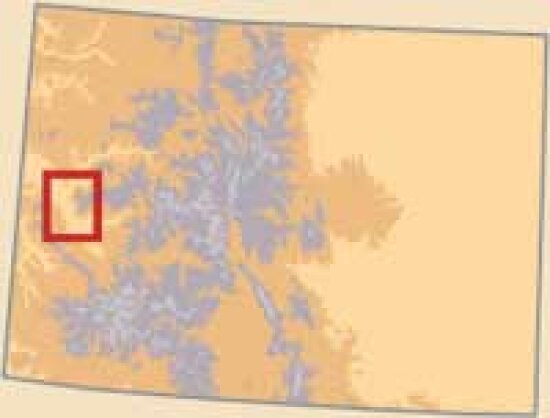 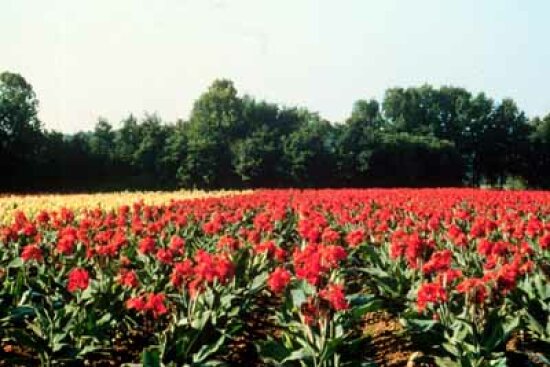 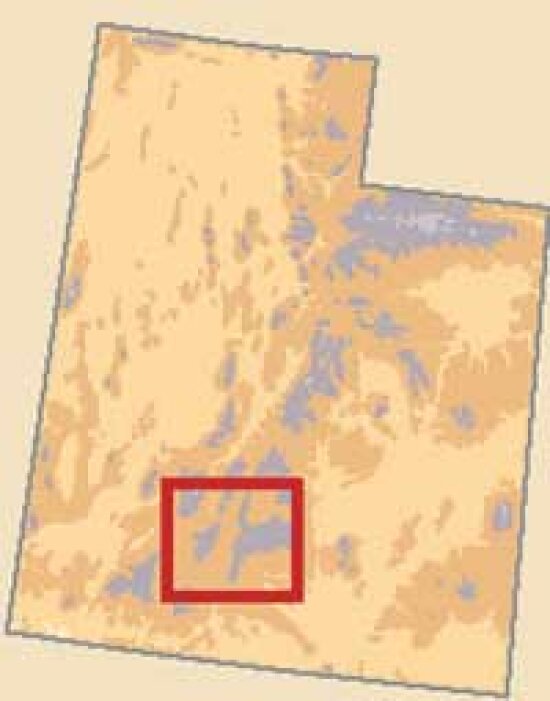