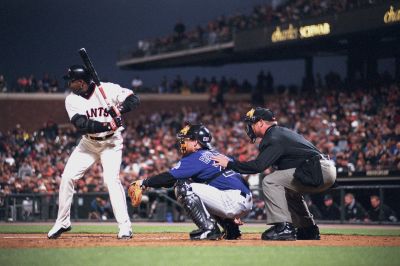 ©
The Giants play at AT&T Park, which is one of baseball's most fan-friendly stadiums.

As in all big cities, there's absolutely always something to do in San Francisco. In addition to the cultural outlets you'd expect in any city, San Francisco offers a surprising number of outdoor activities, and the city's diverse population makes for a wide variety of festivals and celebrations throughout the year as well.

In the summer, there's a different street festival practically every weekend. Don't surprised to see the same group of food booths, bands, and artisans again and again as the festival rotates to different neighborhoods.

There are four particularly popular festivals held in San Francisco during the year, beginning with the fantastic dragon parade, which snakes through Chinatown in celebration of the Chinese New Year in early February. A few months later, Japan Town hosts the Cherry Blossom Festival, a celebration of Japanese culture and tradition, highlighted by a Grand Parade and the crowning of the Cherry Blossom Queen. During the summer, the Mission plays host to the loud and lively Mission Carnival in May, and the annual Gay Pride Parade draws the entire city and thousands of visitors to Market Street for a four-hour-plus show every June.

In addition to its people, San Francisco's surroundings make it a unique city -- few cities in the world are surrounded by so much natural beauty, and even fewer incorporate that beauty into the city's core. No trip to San Francisco is complete without a walk along the waterfront, a bike ride over the Golden Gate Bridge, a trip to Alcatraz (a former maximum-security federal penitentiary) or a wander through Golden Gate Park. And that's just the beginning.

In addition to Golden Gate Park there are a few other large parks in San Francisco, plus dozens of neighborhood parks, and countless hiking, biking, and walking paths, most of which afford stunning views of the city or the bay and its surroundings.

To really get into the spirit of San Francisco, sign up to walk or run the annual Bay to Breakers race in the spring (May 20th). Or forget signing up, and just show up. Equal parts Halloween Party, block party, and serious foot race, Bay to Breakers is to San Francisco what Mardi Gras is to New Orleans. And, yes, with just as much nudity. The race starts down on the Embarcadero and runs the length of downtown, up the hill and past Alamo Square, into Golden Gate Park and then all the way to Ocean Beach. Rain or shine, thousands of locals and visitors join every year, half of them showing up unofficially and stopping or joining at various points along the way.

San Francisco is home to two professional sports teams -- the NFL San Francisco 49ers, who play football at Monster Park, and the MLB Giants, who play baseball in a beautiful new stadium in China Basin, the name of which changes seemingly every year thanks to revolving corporate sponsorship. Right now it's AT&T Park, but everyone just calls it "Giants' Stadium." Even if you don't like baseball, the stadium is worth a visit, with dozens of gourmet food booths and bars, and excellent people-watching opportunities.

Though Alcatraz is an extremely popular attraction (and for good reason -- it's well worth a visit both for its historical interest and for the beautiful ride over and back), there's another island in the Bay equally worthy of a visit: Angel Island. Its history is less known, but every bit as interesting as that of Alcatraz. Though currently uninhabited except for a handful of overnight campers, Angel Island's Civil War-era buildings once housed soldiers and their families, and an "immigration station" dating back to 1905 once detained Chinese immigrants on their way to San Francisco. Angel Island was a Nike Missile Base during the Cold War, and housed quarantined sailors and immigrants in its "quarantine station" in the late 1800s. Now a state park, Angel Island is a beautiful place, right in the middle of the Bay, with marvelous views. Bike trails encircle the island and visitors are encouraged to explore both its nature and history.

Beyond the festivals, sports, and Alcatraz, travelers will find a fantastic arts scene in San Francisco. On the next page, learn about San Francisco's art museums, film festival, and world-renowned ballet, opera, and symphony.