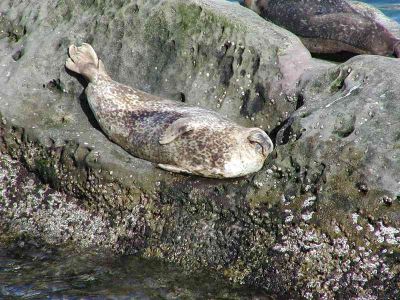 ©2006 PDPhoto.org A Seal Tour in and around the San Diego Bay provides lovely views of Point Loma and the harbor.

An organized tour can be a convenient, fun, and informative way to see San Diego. If you're looking to pack a week's worth of sightseeing and a history lesson into a single afternoon, try the Old Town Trolley Tour (619-298-8687), which runs daily for two hours with on-and-off privileges and stops at a variety of major landmarks, including Old Town State Park, Seaport Village, the Gaslamp District, Coronado, Balboa Park, and the San Diego Zoo.

Or take to the water by boarding an amphibious "Hydra Terra" (like a boat with wheels) for the Seal Tour (619-298-8687), a 90-minute trip around (and in) the San Diego Bay, providing picturesque views of Point Loma and the harbor.

Whether you want to stay in downtown San Diego or on the waterfront, you'll be able to find suitable accommodations. On the next page, we provide a guide to San Diego's hotels.