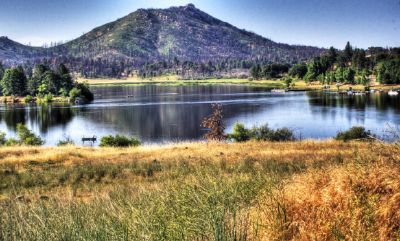 Is it any wonder that so many baby boomers are discovering that San Diego is the new Florida when it comes time to retire? Not to say that you have to be a senior citizen to relax, but the amount and variety of leisure activities available in San Diego make it an ideal place for anyone looking to slow down and soak in the luxuries of life. The tranquil coastlines beckon and invite thoughtful meditation, while the city's numerous golf courses and open space preserves make staying indoors seem like a downright nutty idea.

Insider's Guide: The Best of Relaxing & Unwinding in San Diego

Insider's Guide: The Best of Relaxing & Unwinding in San Diego

Sunset watchers are constantly debating the existence of the so-called Green Flash, the optical illusion created just after the sun goes down. Can you spot it? Try your luck at any of a handful of beachfront restaurants and bars like World Famous (711 Pacific Beach Dr) in Pacific Beach, or the aptly named Green Flash (701 Thomas Ave) just down the way. Or save a few bucks by packing a blanket and your own booze (alcohol's legal on San Diego beaches until 8 pm as long as it's not in a glass container) and just bury your toes in the sand.

Those golden domes rising up from behind tall white walls alongside Highway 101 in Encinitas indicate your arrival at the Self-Realization Fellowship (215 K St, Encinitas), which was built in 1937 for founder Paramahansa Yogananda and offers yoga and meditation retreats, not to mention beautiful, serene gardens. Yogananda, a member of the Swami Order, inspired the naming of the famous surf break nearby, Swami's, as well as the awesome smoothie and breakfast joint across the street. Yogananda passed away in 1952, but the room where he wrote his legendary "Autobiography of a Yogi" remains preserved as a shrine to this day.

When the bustle of central San Diego becomes too frenzied to bear, head to the town of Julian (about 60 miles northeast of San Diego), where you'll discover a time warp to the 19th century. The gold-mining town has a quaint, historic downtown that transports visitors to a simpler time. Don't even try to leave without sampling a slice of pie made from signature Julian apples at the Julian Pie Company (2225 Main St, Julian; 760-765-2449).

And if you really want to let it all hang out, San Diego's even got a place for that: clothing-optional Black's Beach in La Jolla (about 8.5 miles north of San Diego). It's a two-mile long, sandy strip as wide as 60 feet at the base of the cliffs up to 300 feet high. There's even a group of naturists that host a nude surf event there each summer. Just make sure to check the posted signs before stripping to ensure you're on the right part of the beach. If you're in a "nudity prohibited" area on the south end in the city-owned portion of the beach, you may get cited $135 fine for indecent exposure.

One of the area's most prestigious green links around is the Torrey Pines Golf Course (11480 N Torrey Pines Rd, La Jolla), which hosts PGA Tour big boys like Tiger Woods and Davis Love III when the Buick Invitational comes to down each year in January, and boasts weekday greens fees above $100.

The Balboa Park Golf Course (2600 Golf Course Dr) is an 18-hole golf course near downtown San Diego in the heart of Balboa Park. The course recently underwent an extensive redesign. If you go, remember that short yardage makes this course look easier than it really is; it's a good course for young golfers and straight hitters, and a challenge for those who are novice iron players.

Lake Cuyamaca (Interstate 8 East to State Hwy 79) is a 110-acre lake filled with 440,00 pounds of fish -- Florida bass, channel catfish, bluegill, and sturgeon to name a few. It's also the only lake in San Diego allowed to stock trout all year long.

Given everything there is to see in San Diego, it might seem a daunting to strike out on your own. If you want to try an organized tour, see our suggestions on the following page.