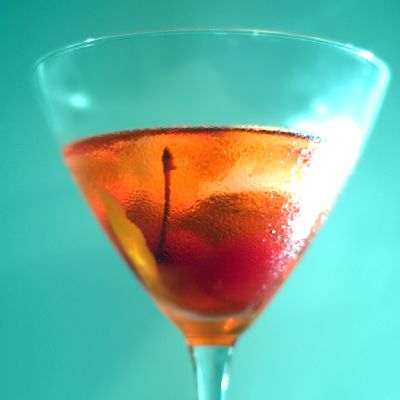 Sure, the sunshine might seem like the main event in San Diego, but the fun truly begins when the sun goes down and the beautiful people come out in all their Saturday night finery.

The bar and club scene is the major draw in nightlife hubs like the tourist-friendly Gaslamp District and college-friendly Pacific and Mission Beach, while in more residential neighborhoods bowling alleys, pool halls, sports bars, and corner dives rule the night.

And should you find the scene too alcohol-centric, the town has several movie theaters screening everything from the latest blockbuster to obscure Hungarian documentaries to "The Rocky Horror Picture Show."

Though woefully short on after-hours options, San Diego's got enough going on, from piano bars to Indian casinos, that you just might be ready to call it a night when the bartenders announce last call near 2 am.

Lately San Diego's been following in Floridian footsteps with several bars and clubs copping South Beach's white-walled vibe. Stingaree (454 6th Ave) is a lounge/dance club in a three-story building with a floor-to-ceiling waterfall, fire pit, VIP lounge, and hopping music. The rooftop cabana is a nice retreat and very Miami-like. Deco's (731 5th Ave) is a nightclub with a 1920s Art Deco facade and South Beach Miami style. The 12,000-square-foot nightclub opens at 9 pm Thursday through Saturday, and features indoor and outdoor dancing areas, two full-service bars, and a great light and sound system.

For some quality jazz, head to Mobil Two-Star Croce's Jazz Bar and Restaurant (802 5th Ave) for traditional, contemporary, and Latin styles of jazz. The place is named after singer-songwriter Jim Croce. The restaurant portion of the building also has some fine American cuisine and is operated by his wife, Ingrid. The spicy Jamaican marinated pork tenderloin or grilled swordfish are tops.

For some quality sports bar atmosphere, you can go to Blue Haven (618 E St, Chula Vista), which has DJs Wednesday through Sunday and 15-plus TVs to watch all the sports games, or Poppy's Sports Club (986 Armour St), which has 22 TVs and seven satellites to catch any game you can possibly imagine.

A bit of trivia: former Bachelor Andrew Firestone co-owns downtown's Confidential (901 4th Ave), which is worth mentioning not just for the C-list celebrity factor but because the lounge's tapas are actually quite excellent. The bar also serves innovative cocktails and Firestone wines, naturally.

If microbrews are your preferred drink, then you should try the distinctive selection of crafted brewed and specialty beers at LaJolla Brewhouse (7536 Fay Ave), which has Hefewizzen (flavors of banana clove and apple in a German style beer), Milk Stout (smooth roast with licorice and maple undertones) or Double IPA (golden ale with with smooth malt finish). Callahan's Pub and Brewery (8111 Mira Mesa Blvd) serves 25-plus beers on tap and their own handcrafted microbrews like Blueberry Wheat, Bernardo Bitter, and Callahans Red.

The wine-bar craze hit San Diego at max velocity, with dozens of joints opening up within just a few months. A popular local happy hour happens at Wine Steals (1243 University Ave) in Hillcrest, where the prices really are a steal and the appetizers are so very Euro. Another favorite discovery is 57 Degrees (1330 G St), a cheery, dog-friendly spot located along an otherwise sketchy stretch of G Street in the East Village. Their wine cellar, which can hold 110,000 bottles, is kept at a constant 57 degrees Fahrenheit.

San Diego's comedy scene isn't what it should be, but there is at least one place to yuk it up: the La Jolla Comedy Store (916 Pearl St). Owned by Pauly Shore's mom, who also owns the Hollywood Comedy Store, the club books mostly local comics and second-tier national acts.

You can also enjoy some laughs at the National Comedy Theatre (3717 India St), where two teams of comedians/performers create a show based on audience suggestions on Friday and Saturday nights.

Few cities are better suited for taking it easy than San Diego -- after all, it has beaches, golf courses, and fantastic weather. Keep reading to learn about all the relaxation opportunities you'll find while visiting San Diego.