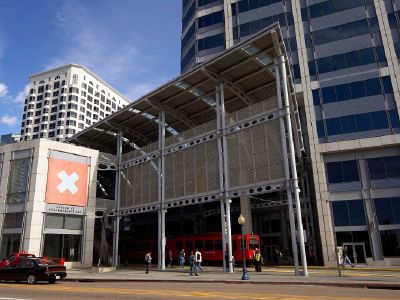 The city's vibrant ethnic neighborhoods are many and varied as well, from rough-around-the-edges North Park, with its cornucopia of ethnic restaurants and small galleries, to pristine, design-conscious Little Italy.

Insider's Guide: The Best of Arts & Culture in San Diego

Insider's Guide: The Best of Arts & Culture in San Diego

Balboa Park (1549 El Prado) offers free admission on Tuesdays to select museums on its grounds, but the special price is available on a rotating schedule. Most museums also offer half-price admission during February's Museum Month. Also, in the summertime the park is a haven for outdoor movie screenings and concerts.

Spreckels Organ Concerts (Spreckels Organ Pavilion, Pan American Way) is a treat not to be missed at Balboa Park. The organ, nestled in its ornate pavilion in the heart of the park, has 4,446 individual pipes ranging from less than 1/2 inch to more than 32 feet in length. Free hour-long concerts are held at 2 pm Sundays, with seating accommodating up to 2,400 people.

An uber-hip crowd turns out for back-to-back arts events happening the first week of each month. Every first Thursday, downtown's Museum of Contemporary Art (1001 Kettner Blvd) hosts its Thursday Night Thing, better known as TNT, with a gallery walk, live bands, or DJs.

The San Diego Opera (202 B St) has the reputation as one of the most respected opera companies in the country. Between January and May, the company presents five grand opera productions and several special concerts and special recitals. Don't be surprised if some if its performers are internationally known opera stars.

The San Diego Symphony (750 B St, Copley Music Hall) offers a wide range of concert experiences and hosts more than 100 concerts each season. It does a good job presenting traditional pieces like Tchaikovsky, Brahms, and Bach, but its offerings can be hip, too. Past performances have included vocalist Randy Jackson collaborating with the symphony and a high-powered rock band to present The Music of Led Zeppelin.

The Old Globe Theatre (1363 Old Globe Way) is a 581-seat venue frequently used for pre-Broadway tryouts in Balboa Park, behind the Museum of Man. The building also houses the 225-seat Cassius Carter Centre Stage and the 612-seat open air Lowell Davies Festival Theatre. Between these three venues, visitors can choose between 15 plays, from musicals to contemporary drama, year-round.

Other outstanding repertory theaters around include the Lamb's Players Theatre (1142 Orange Ave) in Coronado and the La Jolla Playhouse (2910 La Jolla Village Dr). Lamb's is one of Southern California's leading nonprofit performing arts companies and has a regular season of five productions from February through November with an additional Christmas show. The La Jolla Playhouse is located on the University of California San Diego campus and produces six main productions each year.

They don't call it Hollywood South for nothing. San Diego has an ever-expanding buffet of film festivals each year; the glitziest being the San Diego Film Festival held in September in the Gaslamp Quarter, often with celebrity guests.

The city's Jewish, Latino, and Asian festivals are also impeccably programmed. Summertime is rife with al fresco film screenings held wherever a projector screen can be erected -- on a lawn such as Screen on the Green at Balboa Park, outside of a hair salon such as Cinema Under the Stars (4040 Goldfinch St, Mission Hills), even on the sail of an antique ship, such as Movies Before the Mast (1492 North Harbor Drive).

San Diego doesn't have quite the literary scene that it should, but book buffs shouldn't overlook the happenings at La Jolla's independent bookseller, D.G. Wills (7461 Girard Ave). The stacks here have that mystical vibe that's the diametric opposite of Borders, with engaging, helpful shopkeepers and a steady program of fascinating author-talks. Gore Vidal, Oliver Stone, Jim Belushi, and Norman Mailer have all visited.

Many buildings in San Diego date back to the time of early Spanish missionaries in the area. The city also has its share of Old West saloons and late 19th-century homes and buildings. Go to the next page to learn more about San Diego's architecture and landmarks.