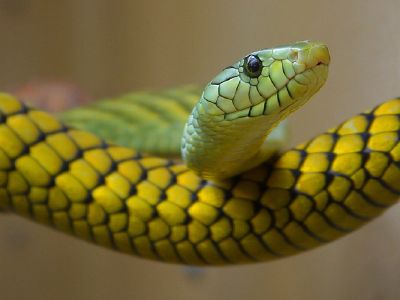 ©2006 PDPhoto.org The San Diego Zoo features more than 4,200 rare and exotic animals representing 800 species, many of which can be seen in natural habitats.

San Diego truly is the land of the endless summer. The constant sunshine makes every weekend a good one for being outside, be it at a neighborhood celebration, a sports event, or a concert.

San Diego shines in the summertime, when baseball season is in full swing, the ponies are running at Del Mar Race Track, the Street Scene music festival brings top rock and hip-hop talent to town, and the weather's right for outdoor recreation. The area's beach and reef breaks make it a surfer's paradise, while both Mission and San Diego Bays are popular for sailing, kayaking, and power boating. Farther north, adventurous types can try their hand at hang-gliding, hot air ballooning, and more sky-high activities. And there are the 90-plus golf courses in the area, just begging to be played.

But there's plenty to do the rest of the year as well, like visiting top attractions: kid-friendly SeaWorld San Diego and Legoland, the world-famous San Diego Zoo, Birch Aquarium, and the Wild Animal Park, where the beasts roam freely.

San Diego's crown jewel is Balboa Park (1549 El Prado, Balboa Park), an environmental and cultural oasis and one of the largest urban parks in the country. Aside from its many museums and theaters, the park is also home to the Spreckels Organ, the world's largest outdoor musical instrument, and several gardens, including the Japanese Friendship Garden and Tea Pavilion. Also in the park: the House of Pacific Relations International Cottages, which were built for the 1935 Exposition, but really come alive during the annual December Nights holiday festivities, when each serves its country's best cuisine -- everything from Swedish meatballs to goulash.

SeaWorld San Diego (500 Sea World Dr) is a 190-acre marine park on Mission Bay with four different shows, four rides, and more than 20 exhibits and attractions. You can be face to face with beluga whales, polar bears, and walruses, or sit and watch Shamu and other whales perform astonishing tricks.

Legoland (1 Legoland Dr, Carlsbad) is a 128-acre park entirely made of Legos and designed to amuse children ages 2 to 12. A bright red dinosaur named Bronte -- 9 feet tall, 34 feet long, and made entirely of Legos -- greets guests entering the park. Inside, you'll find life-size fairy-tale characters and safari animals built of Lego bricks. Dino Island includes a Coastersaurus that will speed up to 21 mph around a prehistoric jungle of animated and life-size Lego brick dinosaurs. The park's centerpiece is Miniland USA, which replicates seven areas of the United States with 20 million Lego bricks in 1:20 scale.

Birch Aquarium (2300 Expedition Way, La Jolla) presents undersea creatures -- like sharks, fish, and jellies -- in realistic habitats and allows visitors to experience the frontiers of marine science through interactive museum exhibits. The aquarium's entrance has two whale statues leaping out of a fountain and another in mid-dive with water dripping from its tale.

Wild Animal Park (15500 San Pasqual Valley Rd) is a 1,800-acre wildlife preserve where you can see herds of exotic animals as they might be seen in their natural habitat. Make sure to visit the Lion Camp, Elephant Overlook, Condor Ridge, Kilimanjaro Safari Walk, and African Aviary.

San Diego loves its baseball team, the National League San Diego Padres (100 Park Blvd), who have a shiny new home in downtown's Petco Park. Tickets can be purchased at the box office and via Ticketmaster, but you might also try the Padres Ticket Marketplace (online at www.padres.com), where season ticket holders post their unused seats for resale. Alternately, $5 gets you into the stadium's many bars as well as the Park at the Park, a grassy area behind the stadium with partial field views where you can watch the game on the Jumbotron.

Not to be outdone, the San Diego Chargers (9449 Friars Rd) -- or Bolts as they're known, thanks to their lightning-bolt logo, attract a loyal fan base that takes its tailgating seriously, descending on Petco Stadium sometimes several hours before the kickoff to drink, grill, and talk sports. Whether or not sports are your thing, watch for traffic in Mission Valley on Sundays during football season (September to December).

San Diego has museums devoted to just about every topic imaginable, along with theaters, the symphony, and the opera. On the next page, we'll tell you how to best enjoy the arts and culture in San Diego.