by Eric Peterson
Prev NEXT
15 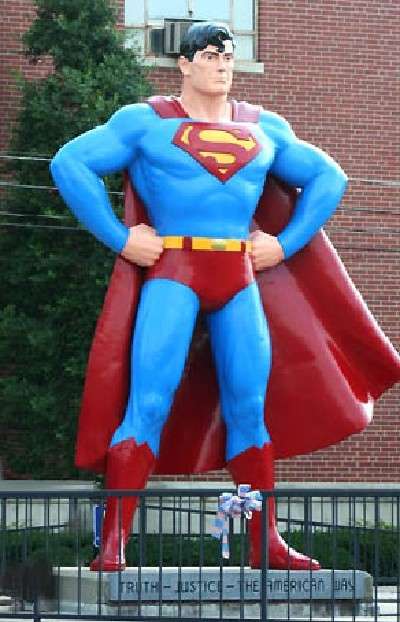 This Superman statue was erected by Metropolis, Illinois to capitalize on the superhero's popularity.
Publications International, Ltd.

Metropolis, Illinois, with a population of 15,000 (including the city an­d the county), is not quite the Metropolis of DC Comics fame. But it predates Superman by a long shot, as it was founded in 1839.

In 1972, the town decided to capitalize on the association with the comic book hero and adopted the "Hometown of Superman" moniker.

A seven-foot statue went up in 1986, only to be replaced seven years later by this more impressive 15-foot bronze piece.

Find out about a unique roadside dinosaur statue garden in Kentucky next.