by Eric Peterson
Prev NEXT
16 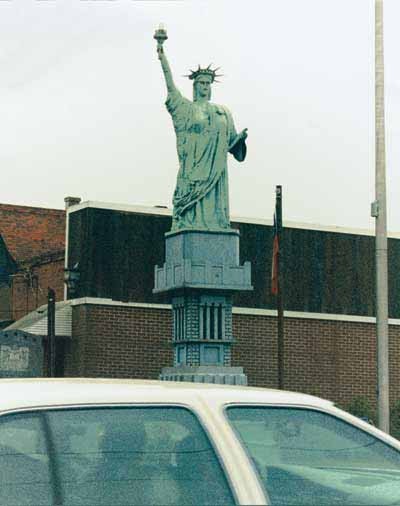 The Junk Statue of Liberty in McRae, Georgia, was fashioned partly out of a tree stump, Styrofoam, and green paint.
Publications International, Ltd.

In 1886, France gave the­ United States the Statue of Liberty.

In 1986, the local Lions Club chapter in McRae, Georgia, commemorated Lady Liberty's centennial by fashioning a one-sixteenth scale model out of Styrofoam, a tree stump, and other objects normally considered rubbish.

Thanks to a coat of green paint, the resemblance is uncanny.

Learn how an Illinois town adopted Superman as its own in the next section.