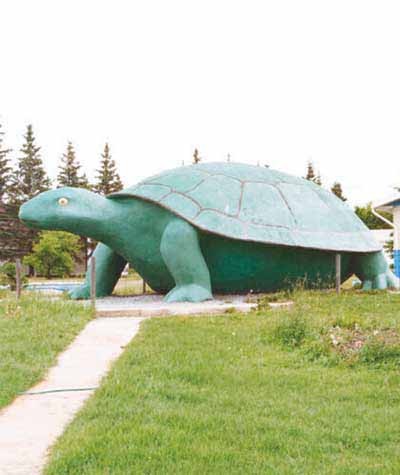 Ernie the Turtle was created by Don Foulds, who's built other roadside attractions in Canada.
Publications International, Ltd.

While not in the s­ame league as W'eel in North Dakota, Ernie the Turtle claims the title of Canada's largest turtle with an impressive eight-foot peak at the crest of its shell.

Built in 1983, the sculpture is the work of Don Foulds, who was also behind several other big roadside beasts in Saskatchewan.