by Eric Peterson
Prev NEXT
5 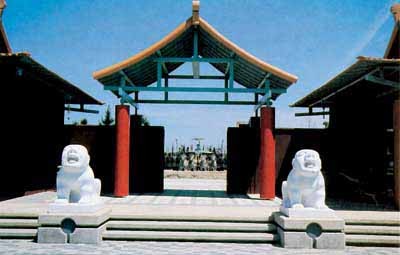 The Forbidden Gardens in Katy, Texas, offers a glimpse into Chinese history, including a model of Emperor Qins tomb.
Publications International, Ltd.

Built in 1997 by a Hong Kong tycoon as a testament to Chinese history, this Houston-area attraction features a one-third scale model of one of China's greatest archaeological finds: Emperor Qin's tomb and its resident army of 6,000 terra-cotta soldiers.

The Gardens also include an elaborate model of the Forbidden City.

Learn how a troll statue helped revitalize an area of Seattle in the next section.