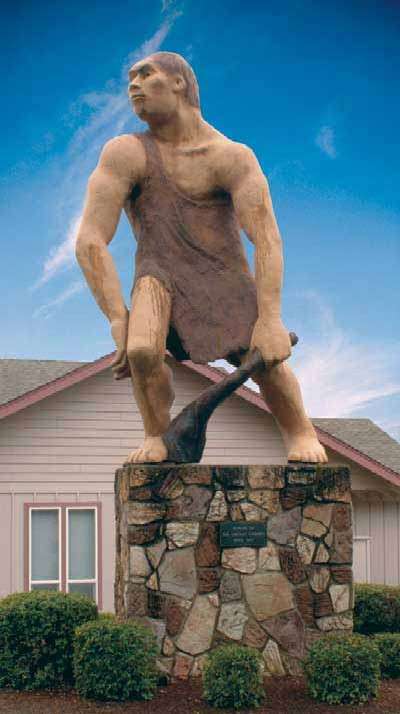 The Caveman Statue represents the club that used to meet in the cave system near Grants Pass, Oregon.
Publications International, Ltd.

In 1874, a hunte­r discovered a cave system near Grants Pass, Oregon. The men in the community eventually used it as the launching pad for an Elks-like club named the Cavemen.

After a secret subterranean ceremony in 1922, the group dressed in skins and marched in local parades.

The club isn't as visible today, but members left a lasting mark on the town in 1971 in the form of an 18-foot fiberglass Neanderthal who welcomes visitors.

The statue detailed on the next page will provide a bit of Chinese history.