by Eric Peterson
Prev NEXT
4 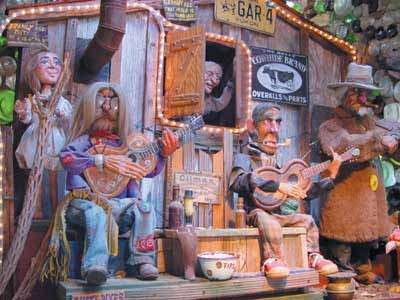 A lifetime of carving and collecting by the late Ross Ward is the bedrock for a sprawling and charmingly eclectic tourist attraction in Sandia Park, New Mexico, just northeast of Albuquerque on Old Route 66.

The museum is surrounded by barricades fashioned from bottles and includes a miniature town -- Tinkertown -- that Ward began carving in the early 1960s. His catchphrase: "I did all this while you were watching TV."

Learn about another man's creation -- The Blue Whale -- in the next section.