by Eric Peterson
Prev NEXT
2 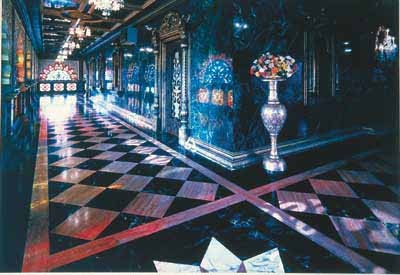 Prabhupada's Palace of Gold was seven years in the making by followers of Srila Prabhupada.
Publications International, Ltd.

This is the former temple of the late Srila Prabhupada, who spread the philosophy of Krishna consciousness through the West after leaving his native India in 1965.

He first stayed in a shack in New Vrindaban, West Virginia, in 1969, and his followers later spent seven years building this magnificent golden palace.

Learn about a wacky -- and wonderful -- creation, the House on the Rock, in the next section.