by Kristen Hall-Geisler Nov 13, 2015
Is hitchhiking really as dangerous as its sometimes made out to be, or is it a relatively safe way to get around? Image Source/DigitalVision/Getty Images

People have been hitching rides from the side of the road for as long as there have been cars. Probably longer. Surely someone stood by a Roman via and hopped in a horse-drawn cart for a ride to the Forum?

The modern equivalent is the doomed Hitchbot, a simple robot who set out to cross Canada and then the United States. After racking up thousands of miles on the road, Hitchbot met his end at the hands of vandals in Philadelphia.

But Hitchbot had better luck than some people who've tried hitching along Canada's Highway of Tears, a stretch of lonely highway where serial killers have preyed on hitchers for decades.

Any person who has more moxie than money can still hitchhike. If you need proof, check out Wand'rly, a magazine devoted to the hitchhiking lifestyle. Useful articles include “How the U.S. Highway System Works” and “How to Make a Living on the Road.” They acknowledge that there are almost no studies or statistics about hitchhiking and the likelihood of crime and violence being visited upon your person, besides one often-cited study by the California Highway Patrol in 1974. But they do compile some data to bolster their case for living life by your wits and an outstretched thumb.

For example, in 2007, 18,000 people were murdered in the United States. Ten percent of those murders were unlikely to involve hitchhikers at all — in cases involving arson and sniper attacks, for instance. So even if every one of the other 90 percent of murder victims were hitching rides or picking up hitchers, you'd still be more likely to die in a motor vehicle accident. Just getting in the car is more dangerous than the guy driving it, by the numbers.

It's not quite true to say that the 40-year-old CHiP study is the only one ever done. There have been others, but they used hitchhiking to test for social and sexual cues and responses. These study titles include, “Bust size and hitchhiking: a field study” (2007) and “The effect of facial makeup on the frequency of drivers stopping for hitchhikers” (2013). For the record, bigger breasts and more makeup caused men to stop more frequently, but had no effect on women stopping for other women. We don't know the sexual orientation of the participants, but we do know they were French.

That brings up an interesting point: Even if people are standing at the side of the road with their thumb in the air and gas money in their pocket, are people still willing to pick up hitchhikers? A recent conversation on CarStuff says maybe not. Even people who used to pick the occasional person up are, anecdotally, less likely to anymore.

But there are plenty of online resources for the curious and the active hitchhiker, including Hitchwiki and Wand'rly. Even the Los Angeles Times offers advice, including the tried-and-true hitchhiking nugget, “Trust your instincts.”

NOW THAT’S INTERESTING
According to Robert Langellier at Vox Magazine, there are three primary locations to search for if you’re serious about hitching a ride yet you don’t want cars flying past you at 70+ miles per hour (113 kilometers per hour):Toll roads and toll booths: Every car on the road is funneled straight to you as drivers slow to pay the toll.Gas stations: Cars are parked at the pumps and in front of the building — you can simply ask the drivers for a lift.On-ramps and roundabouts: These can be the most challenging of the three places listed here; but if the traffic flow is good, not a bad option.

Diagnosing Disease Before It Begins, With a Little Help From Your T-cells

Rumblr: The Real Value of a Fake App 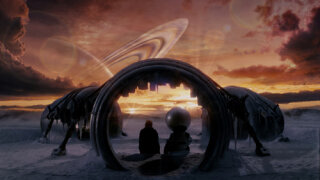 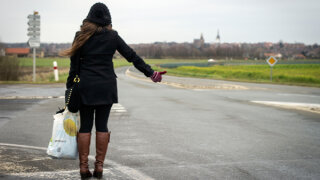 The Sad Tale of HitchBot