Who pays for search and rescue operations?

Image Gallery: Flight A rescue helicopter starts at $1,600 per hour and goes up from there. See more pictures of flight.
Christopher Furlong/Getty Images

A trio of snowboarders slide up to a steep drop-off at a desolate section of a Colorado mountain and notice a sign that reads "DANGER: NO RECREATIONAL ACTIVITY BEYOND THIS POINT." They look at each other, fist bump and take off over the edge anyway. Hours later a rescue helicopter arrives to pick up the snowboarders who are struggling to survive in various stages of frostbite and injury.

This scenario has become more common in recent years as adventurers seek to outdo one another. And it's not just skiers and snowboarders. It's climbers, hikers, campers, boaters, scuba divers, kayakers and even bird watchers. If there is an activity that involves the great outdoors, then there's a potential for danger, accident and ultimately a need for rescue.

When it comes to search and rescue (SAR), the debate over who should foot the bill has reached a fever pitch. Every time a high profile rescue is performed because an outdoor enthusiast acted recklessly or maybe even illegally, the news media is rife with commentary over the cost associated with the operation. In years past, these rescues didn't get as much attention, but as expenses have grown, it's become a hot topic that can't be ignored. It also has something to do with the nature of the "extreme" athlete. The mountain face can never be high enough; the ski run can never be steep enough. These thrill-seekers look for ground that no one else dares to tread, and this kind of recreation comes with inherent dangers.

The cost of rescue operations varies wildly depending on the scenario. Who ultimately pays depends on what agencies are involved in the rescue, where it takes place and the circumstances that put the victim into harm's way to begin with. We'll look at the different policies regarding the cost of SAR on the following page.

The Cost of Search and Rescue

A rescue like this could cost you if you get stuck in New Hampshire.
Alexander Hassenstein/Getty Images

The price tag of typical search and rescue (SAR) operation is anything but typical. It all depends on the scenario. Some rescues only take a few hours, and some volunteer manpower. Others involve high-altitude helicopters, rescue boats and teams of paid employees over the course of several days. Consider that the average cost to power a standard helicopter is about $1,600 per hour and you can see how the costs can mount in a hurry [source: Sharples].

The United States Coast Guard is the leader in SAR operations, coming to the assistance of an average of 114 people per day at a total cost of $680 million annually [source: Fagin]. A Coast Guard patrol boat costs $1,147 per hour, and if the rescue requires the use of a C-130 turboprop plane, the bill increases at a rate of $7,600 an hour [source: Sharples]. These are only the hard costs associated with operating the various rescue tools. It does not include man hours or money tied to the training of the personnel.

The National Park Service (NPS) is another agency heavily involved in SAR operations. In 2007, the NPS logged almost 3,600 incidents of search and rescue, 136 of which resulted in fatalities [source: Repanshek]. This resulted in almost $5 million in associated expenses. Other sources put the average number closer to $3 million per year. Whether it's closer to three or five million dollars, it's clear that the NPS shells out a lot of money to bring people to safety each year.

Other SAR missions around the Unites States are carried out by local sheriff's offices, which are typically a mix of county employees working in concert with a staff of unpaid volunteers. But even if most of the manpower comes from unpaid do-gooders, there are always hard costs that cannot be avoided. The Coast Guard, National Park Service and all law enforcement agencies are ultimately funded by tax payer dollars. So is the cost of rescuing people in peril passed along to the average citizen? We'll get to the bottom of that question on the next page.

Paying for Search and Rescue

Who ultimately ends up paying for search and rescue (SAR) operations depends on many factors. If it's the Coast Guard or the National Park Service (NPS), then they pick up the bill. Or rather, the taxpaying citizens of the United States do. Neither agency has a policy for charging for SAR missions. The concept of billing outdoor enthusiasts who put themselves in harm's way is controversial, but on the national radar. The National Association for Search and Rescue (NASAR) is made up of more than 10,000 volunteers along with paid local, state and national rescue professionals. Founded in 1973, the official position of the group is that billing for SAR operations should be avoided, although it remains up to the local jurisdictions involved in the mission.

The NPS offsets the costs of SAR operations with the money brought in by the fees paid by millions of park visitors each year. The money spent in a single year on SAR ends up costing about 1.5 cents per park visitor [source: Fagin]. Whenever the military is involved, the costs are generally counted as training dollars since there's nothing like a real-world scenario to ensure that personnel are at the ready and in practice.

When it comes to local and state expenses, there have been some changes in recent years. Several states have passed ordinances that allow the county or state to recoup costs associated with rescue, depending on the scenario, and they've done so in some high-profile operations. The states of New Hampshire, Maine and Vermont are all allowed to recover funds, but so far only New Hampshire has made great efforts to do so. The law in New Hampshire had already been in place for about 10 years when legislators changed the language from charging for rescue in cases where the victim was "reckless" to "negligent." Debate has been inevitable because there is no set definition of negligence.

In Colorado, outdoor enthusiasts are encouraged, but not required, to purchase a CORSAR card. It stands for Colorado Search and Rescue Card and it ensures that a cardholder won't be charged for SAR operations if they need it. It costs a mere $3 per year and the funds go to reimburse local and state SAR teams and fund training and equipment. In Europe, you're on your own with costs for rescue, but many outdoor enthusiasts purchase special insurance that covers costs if a rescue is needed.

After word got around that certain states can recoup money for SAR operations, a disturbing trend emerged -- those in grave peril began to refuse help because they could not afford rescue. In recent years there have been dozens of cases of people either avoiding calling for help or outright refusing it once it was available to them. In each case, they cited fear of a steep bill as the reason. Boaters in Utah shouted "Don't touch her!" when a rescue boat came to a woman's aid. A lost runner in Arizona actively avoided a search team when he heard them approach. A female hiker in distress in Colorado was in contact with a SAR representative by cell phone and begged them to talk her to safety rather then send a team. These are just a few examples of what has become a dangerous trend, and they are used by NASAR in the argument against charging for rescue.

Up Next
10 Possible Future Disasters
Some people think artificial intelligence will overtake humanity. Find out what other future disasters could cause dramatic change at HowStuffWorks.
Explore More 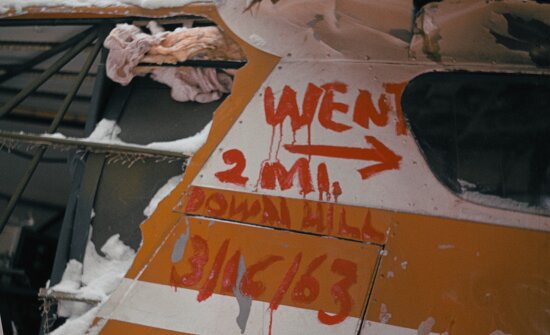 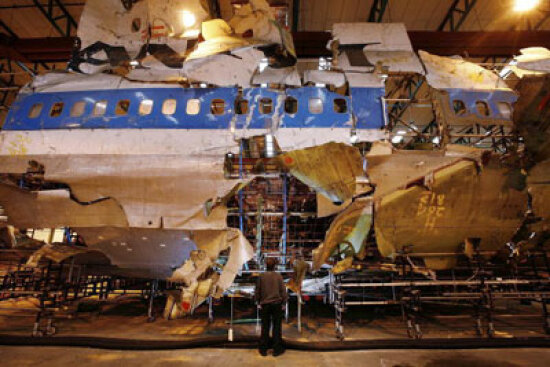