by Chris Opfer May 11, 2016
The Coast Guard Hates It When You Try To Travel The Ocean Via Bubble Newsy

From walking on the moon and curing disease to making really strong glue and cars that drive themselves, the power of human ingenuity rarely ceases to amaze. Then, of course, there are the times when we're reminded that us humans are still only a few evolutionary steps past the apes. And 2016 seems to be a banner year for the quixotic aquatic undertakings. One of the latest examples came recently when a guy tried to "walk" from Florida to Bermuda in an inflatable bubble.

Not only was he unsuccessful, but experts say Reza Baluchi's short, strange trip put himself and his Coast Guard rescuers at risk.

"They don't stop people from rowing blind across the Atlantic," Mario Vittone, a former Coast Guard rescue swimmer and maritime safety expert says, offering perspective of what the Coast Guard will allow. "That's how bad of an idea this was."

The Coast Guard snatched Baluchi up and towed him back to dry land just a few days into what the marathon runner said he'd expected to be a several-month journey from Florida's east coast to Bermuda. He planned to make the trip in a "hydropod" that sort of looks like an inflatable hamster wheel surrounded by three dozen basketballs and the paddles from a riverboat. Check out this video featuring Baluchi himself explaining how it works:

Baluchi intended to walk inside the wheel to keep it moving, catch fish for food and take in donations for some unspecified charitable cause. The only problem is that it gets a little hot out there on the Atlantic with nothing to shield you from the Florida sun.

"It's like me saying I want to walk on the sun," Vittone says of the trip. "You're not going to be able to just sit out and bake in the sun for too long."

That's why the Coast Guard got involved. The USCG warned Baluchi not to embark when they got wind of his plans, which they said weren't safe. Sure, Vittone says Baluchi put himself at risk by going out there. But he also may have threatened the safety of his rescuers. Had they waited until Baluchi got farther out to sea and eventually called for help, Coast Guard teams would themselves have potentially faced a treacherous journey to retrieve him.

"It's not just for his own safety," Baluchi says of the USCG's pre-emptive efforts to prevent a more elaborate rescue mission.

This wasn't the first time Baluchi attempted the trip. The Coast Guard used helicopters and an airplane to track him down in 2014, after boaters near Miami reported a confused man in a strange contraption asking for directions to Bermuda. Baluchi eventually asked for help, a rescue operation that reportedly cost the U.S. government $150,000.

"Baluchi's 2014 attempt placed enormous financial burden on taxpayers for his rescue," the Coast Guard said on Twitter. "He was recently ordered not to depart."

It's safe to say this won't be the last time we hear from Baluchi. But that doesn't mean Vittone expects him to take a safer route. "This was clearly stupid," Vittone says.

First Night in a New Place? One Brain Half Will Stay Up and Keep Watch 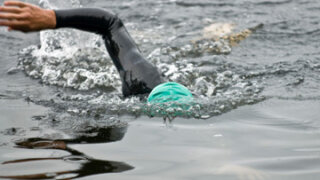 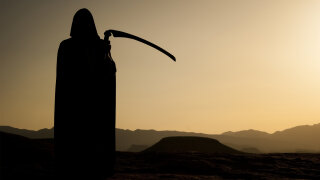 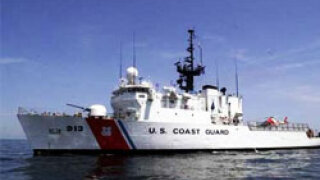 In Search of the Perfect Proustian Madeleine
April 7, 2020