by Kristen Hall-Geisler May 24, 2018
Summer is the time when we hit the pools. But only the adults can keep the sick kids — and ultimately the doodie — out of the water. Thomas Barwick/Getty Images

Summer — and vacations — are nearly here, and you know what that means: It's pool season. Time to get a running start and jump in with the biggest cannonball you can manage. Just make sure your lips are sealed when you hit the water. That's because according to new data released by the Centers for Disease Control and Prevention (CDC), pools are full of bacteria.

The CDC analyzed data from 2000 to 2014 and found that about 500 outbreaks resulted in more than 27,000 illnesses and eight deaths could be traced back to pools and hot tubs. More than half of those outbreaks were caused by Cryptosporidium, a bacteria often transmitted when diarrhea gets into the water and then you swallow that water while swimming — or practicing those underwater somersaults. Gross but it happens.

The other two most common bacteria were Legionella and Pseudomonas. You probably guessed that Legionella causes Legionnaire's disease. It's transmitted via inhaled water droplets from, say, spa jets in a hot tub. Pseudomonas is responsible for the very common swimmer's ear and hot tub rash; it's transmitted when you simply come into contact with it.

Nearly 90 percent of those 27,000 illnesses were caused by these three culprits. The remaining 10 percent were from unknown origins.

The CDC also looked at where and when these outbreaks occurred. More than half started between June and August, which makes perfect sense. Who isn't in a pool at some point during those warm months? About one in 10 outbreaks happened in March. The CDC mentioned that it might be due to year-round indoor swimming, but let's not forget spring break. Also, those March outbreaks tended not to be caused by Cryptosporidium.

The most likely places where the outbreaks occurred? Hotels. They accounted for about a third of all the instances, more than any other type of location. And it's not just the hotel pool that's to blame: Half of the hotel outbreaks were reported as starting in hot tubs.

Let's drill down to one more piece of data: Those hot tub cases were likely to start in February or March, when we're desperate to escape the cold and sit in the big, bubbling cauldron of a hotel hot tub.

It's not all bad news, though. Cases of Cryptosporidium were on the increase, but they leveled off in 2008 and have remained steady since. Pseudomonas cases decreased over the period of study. Only Legionella increased, by about 13 percent a year.

The best way to keep Crypto to a minimum is to keep those little kids with diarrhea out of the pool. As the CDC so politely points out, kids under 5 years old have "limited to no toileting skills." The grownups in their lives are going to have to be the bad guys and keep them home or, at the very least, out of the pool. Otherwise, we'll all be swimming in it. And nobody wants that.

Now That's Clean
Isn't chlorine supposed to kill all these germs? Yes, it is. The CDC recommends a chlorine concentration of 1 part per million to inactivate most pathogens. But Crypto in particular can be extremely tolerant, they say, especially if the chlorine levels aren't carefully monitored. If the water becomes contaminated, the whole thing has to be hyperchlorinated to a Crypto-annihilating — and eye-wateringly strong — 20 ppm of chlorine.

Eternal Sunshine of the Snail Mind? 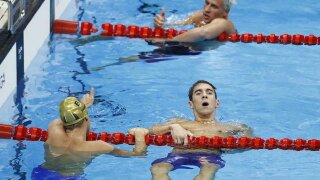 How Much Pee Is in Your Pool? 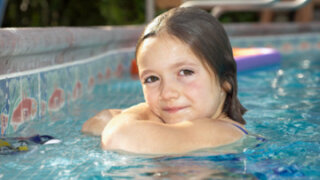 What is the Swimming Pool Safety Act? 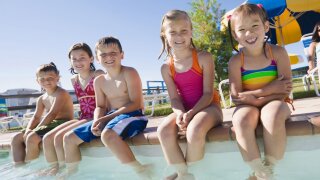 How do I keep my kids safe at the pool?