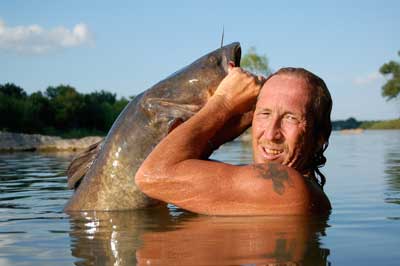 ­When most people go fishing, they hop in a boat with a rod and a reel. They spend a relaxing day with their buddies and a cooler of ice-cold drinks, lazily casting out and reeling in.

The fishing technique known as noodling is something completely different. There's no fishing rod. In fact, there's not even a boat. A noodler wades into the muddy water, feels around for a hole and waits for a fish to lurch out and sink its teeth into his hand.

Yep, people voluntarily do this. Noodling sounds easy enough -- stick your hand in the water, pull up a fish. But it's actually quite difficult and dangerous. And, you can't noodle for just any fish. (Noodling for piranhas? Probably a bad idea.) A noodler's fish is the flathead catfish. Since catfish nest in holes or under brush in the water, they're relatively easy to find. The noodler jams a hand into a catfish hole and wiggles his or her fingers, which causes the fish to swim forward and attack the hand by latching on with its teeth. That's when the noodler starts pulling the fish to the surface. For safety reasons, most noodling is done in shallow water; a particularly strong fish could pull a noodler under. It's never wise­ to noodle alone.

Noodling's roots are with the Native Americans, who were the first to use this fishing technique. During the Great Depression, people turned to noodling -- which, aft­er all, costs nothing -- to put food on the table. After that, it became family custom, a skill passed down through generations [source: Todras-Whitehill]. Noodling is concentrated in the rural American South and Midwest, where catfish are plentiful and tradition is strong.

Noodling -- also known as handfishing, hogging, tickling, grabbling or stumping -- is legal in only 13 states, up from just four in 2001 [source: Jones]. It might seem odd that noodling is against the law in most places -- yet it's perfectly legal to catch catfish with a baited hook. But some experts believe noodling threatens the catfish population because noodlers grab catfish from their nests, which leaves eggs vulnerable. Many states have conservation programs in place to monitor the growth or decline of the catfish population. States that permit noodling set restrictions on the amount of catfish noodlers may catch. This number is considerably less than the number traditional anglers are permitted to hook [source: Gay]. 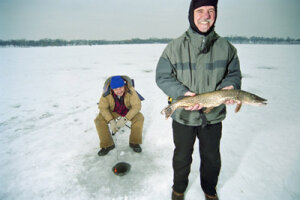 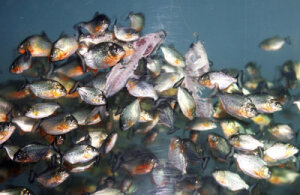 Can piranhas really strip a cow to the bone in under a minute? 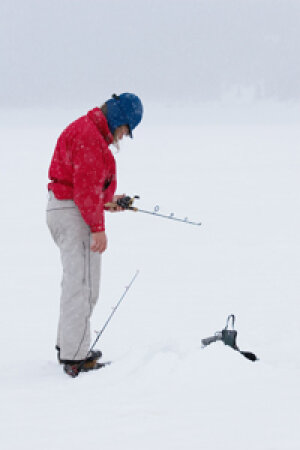 What if I were ice fishing and fell through the ice?