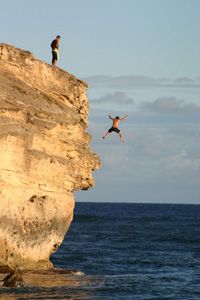 Cliff diving is probably the least complicated extreme sport. There's no equipment to buy, no special clothing to wear and no provider services to hire. It's just your body, sailing through the air from dizzying heights and plunging into a body of water below. Think of jumping off an eight-story building. That's the height -- 85 feet (26 meters) -- from which the 2009 Cliff Diving World Championship competitors dove.

Competition cliff diving is an outgrowth of Olympic high diving. But the daredevil act dates back to 1770, when King Kahekili, the last king of Maui, leapt from Kaunolu, a 63-foot (19-meter) cliff and entered the water below without causing a splash. For his regular feats of flying from the cliffs, the king earned the nickname "birdman." Later, he made his warriors jump from cliffs to prove their courage and loyalty.

At the end of the 1950s, Timex spokesman John Cameron Swazye used the extreme sport to "torture test" a watch. Television commercials showed an Acapulco cliff diver leaping from 87 feet (26.5 meters) and crashing fist-first into the surf with a Timex watch in his hand [source: Timex]. After the television show "Wide World of Sports" featured the International Cliff Diving Championship competition in Acapulco, Mexico, in its March 9, 1968 broadcast, cliff diving surged in popularity [source: ABC Sports]. Then, in 1996, the World High Diving Federation was formed to organize competitions, work with Olympic committees and spread information about the sport.

Today, avid cliff divers travel the world seeking the next great thrill and the ultimate leap. The beautiful locations that host popular cliffs and international competitions range from the frigid natural pools of Switzerland to the balmy waters of Jamaica. But exotic locations are just one factor that makes cliff diving exciting -- freefalling through the air at dangerous speeds is a big part of the rush.

On the next page we'll take a look at the physics that put the thrill into this extreme sport.

When you jump from a cliff, you go into free fall and gravity is the only force acting on your body. You encounter no resistance from friction with the ground as you would when running or skiing, and you suffer negligible air resistance. But gravity is a powerful force. As you fall, it pulls you toward the earth, or in the case of cliff diving, toward the water, at a speed of 32 feet per second per second (9.8 meters per second per second). Because time is a factor in this formula, the longer you fall through space, the faster you go. Free fall acceleration dictates that every second of your descent has an increased velocity over the second before it.

Higher cliffs don't accelerate your fall -- acceleration is constant during free fall. The pull of gravity decreases infinitesimally at higher elevations, but it pulls you with an equal force from the first second of your jump until you decelerate when you hit the water.

What the height from which you jump affects is the speed with which you hit the water. If you jump from 10 feet (3 meters), you'll be traveling at 17 miles per hour (27 kilometers per hour) when you reach the water. If you increase your height to 50 feet (15 meters), you'll increase the speed of impact to 38 mph (61 kph). That's just the vertical velocity of your fall through space, the speed you gain from gravity acting alone -- if you add some horizontal velocity, your impact speed increases. John G. Cramer, a physics professor at the University of Washington, explains that from the same height, "[A] diver who gets a running start and develops a significant forward velocity will hit the water with more net speed than a diver who dives straight down without a push off."

Then, when you hit the water, your velocity drops almost instantaneously. In about a second, you go from your maximum speed to zero [source: Castro].

Keep reading to learn about some of the world's most famous cliff diving locations.

During the 3-second fall from 85 feet (26 meters), competition divers at the 2009 Red Bull Cliff Diving World Series experienced forces of 2 to 3 Gs when they hit the water and decelerated. That's nine times stronger than the forces Olympic high divers feel diving from 33-foot (10-meter) high platforms. By the time they reached the water, the cliff diving competitors were traveling at speeds of 53 to 62 mph (85 to 100 kph) [source: Red Bull Media Service, Red Bull Media Service].

Hawaii is considered the birthplace of cliff diving, thanks to King Kahekili and his cliff-leaping warriors. In fact, for more than 40 years, the Sheraton Maui Resort and Spa has staged a nightly ceremonial re-enactment of Kahakili's spiritual leap. A loincloth-clad "warrior" carries a lei and torch to the crest of Pu'u Keka'a, a mountain Hawaiians believed dead souls leapt from to enter the spirit world. After offering the gifts to the sky in each direction, the warrior leaps from the cliff. But Pu'u Keka'a isn't the only place to leap -- numerous other cliffs on the Big Island draw intrepid cliff divers who want to try it themselves.

In 1934, a 13-year-old boy, Enrique Apac Rios, leapt from La Quebrada in Acapulco, Mexico. From that jump grew an enduring tourist draw: the La Quebrada cliff divers. Around sunset, this well-experienced team of professional divers starts showing off for visitors who flock to the cliffs to see the divers perform. As the sun slides away, the La Quebrada Cliff Divers look down onto breaking surf from heights of up to 147 feet (45 meters) [source: Vacations Made Easy]. Timing the waves and focusing on the pinpoint of safety between cliff and rocks, they hurl themselves from the cliff, tumbling and spiraling to the churning ocean below.

Dubrovnik, Croatia, on the Adriatic Sea has twice hosted events in the World Series Cliff Diving Competition -- first in 2000 and again in 2009. Competitors faced their most arduous challenge here in 2009 when they had to complete eight consecutive dives from 85 feet (26 meters) [source: Welcome to Croatia].

Avegno, Switzerland is home to the World High Diving Federation, and the Cliffs of Brontallo host the WHDF Cliff Diving World Tour each July. Although space for spectators is limited, those who secure a spot are extremely close to the cliff-dodging acrobatics of the daring divers.

Before you decide to take the plunge, read the next page for safety information. 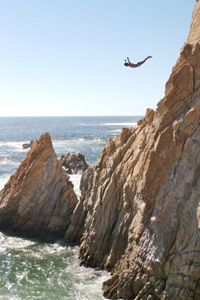 Cliff diving from any height can't be called safe -- it's one of the most dangerous extreme sports. In fact, official tourism sites of popular cliff diving destinations don't promote the activity.

Cliff diving puts tremendous stresses on your body. If you jump from 20 feet (6 meters) above the water, you'll hit the water at 25 mph (40 kph) -- the impact is strong enough to compress your spine, break bones or give you a concussion [source: Glen Canyon Natural History Association]. But that's only if you enter feet-first in a straight, vertical line -- a horizontal, or "pancake," landing is like hitting concrete. Halving the height of the jump to 10 feet (3 meters), as mentioned earlier, reduces your speed of impact to 17 mph (27 kph), and even cars sustain damage when hit at that speed.

Because of the high potential for injury, the World High Diving Federation recommends that no one dive from 20 meters (65.5 feet) or higher unless there are professional rescue scuba divers stationed in the water [source: World High Diving Federation]. Bruises, dislocated joints, broken bones, compressed spine, injured discs, paralysis and death are among the injuries that cliff divers experience.

Competitive cliff divers dive from heights of 59 to 85 feet (18-26 meters), but professional show divers in Acapulco, the La Quebrada Cliff Divers, sometimes jump from 148 feet (45 meters) above the water [sources: World High Dive Federation, Red Bull Media Service, Vacations Made Easy]. These show divers survive to dive another day because they've trained for years, are familiar with the area and adjust their dives according to fluctuating wave and water conditions. But even they occasionally sustain injuries.

The WHDF considers water depths of 43 to 49 feet (13 to 15 meters) adequate for dives from 65 feet (20 meters) or less, but water clarity is also a critical factor for cliff diving safety. Hitting the water badly from a height can cause injury, but hitting something in the water -- a rock, a branch, the bottom, even a fish -- or the water body's floor can be fatal. Choppy waters and high waves often obscure the surface of the water and interfere with the precision of entry, but world champion cliff diver Orlando Duque says that waves break the surface of the water and soften impact. Entering the water on the peak of a wave shortens the dive, and any acrobatics must be completed early in the dive so you can get your body into proper position for water entry.

Keep reading to learn about cliff diving techniques on the next page.

If you're overcome with the desire to experience the thrill of cliff diving, follow these tips to improve your chances of swimming out unharmed:

For more information on cliff diving, see the links on the following page.

Water type and temperature affect the thrill -- and pain -- of cliff diving. Cold water increases the stress your body feels, and because salt water is denser than fresh water, it has a harder impact [source: Red Bull Media Service]. 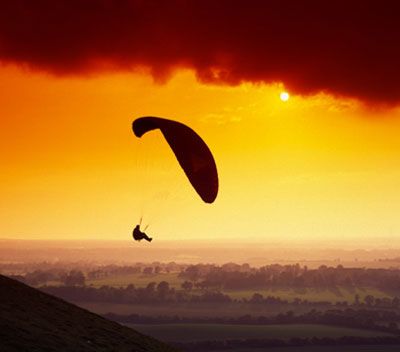 Up Next
How Adventure Travel Works
Explore More 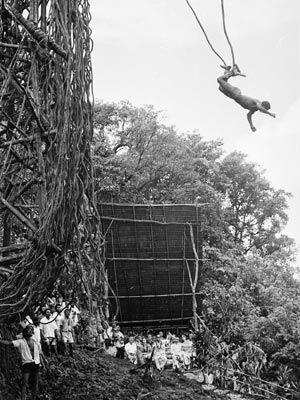 You May Like
How Land Diving Works
Explore More 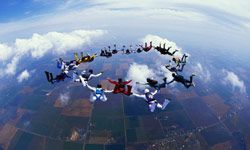